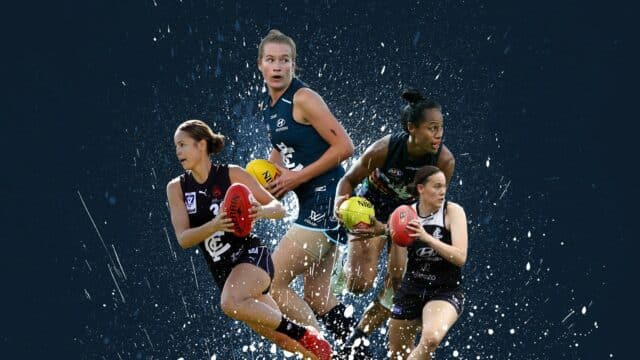 As the Carlton Football Club AFLW side finalises it’s preparation for this weekend’s match against the Fremantle Dockers, a strong Kiwi presence will help steer the team.

Vaomua Laloifi, Serena Gibbs band Breann Moody will all play a role for the Blues this season, and will be joined in the coming weeks by Brooke Walker who is due to return to the squad soon, once her commitments with the Parramatta Eels in the NRLW Season have been completed.

The Dockers feature their own connection with New Zealand born Ange Stannett likely to face her NZ Heritage team mates but Makaela Tuhakaraina unfortunately misses the game through injury.

Check out all of these girls in action this weekend live on SKY Sport 9, this Saturday at 4pm.

In Friday night’s game at 7.00pm, check out NZ Heritage Players Jasmine Garner and Tahlia Randall as they take the field for North Melbourne Kangaroo’s up against the Geelong Cats, also live on SKY Sport 9.

Related
Brownlow Medal 2022: How to Live Stream and Watch Online