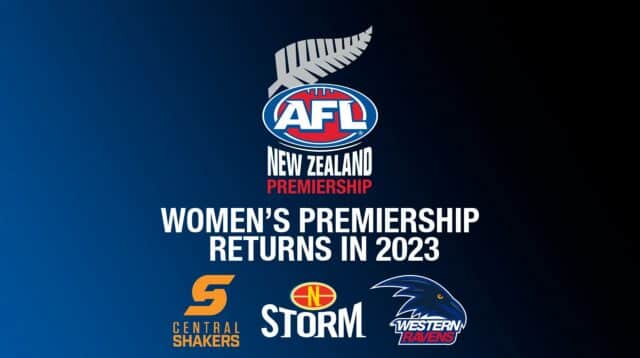 The Women’s Premiership will return for its third season in 2023, building on the success of the past 2 seasons and will take place in conjunction with the current Men’s Premiership between February and April.

With leagues in Auckland, Wellington and Canterbury, it is an exciting time for Women’s AFL in Aotearoa as the game continues to grow to new heights.

The female competition will provide the perfect environment for girls transitioning from the Youth Competition formats to senior football and is the next step in finalising the pathway for women to participate in AFL within New Zealand.

Players will be selected from:

Related
Best and Fairest to lead the Western Ravens