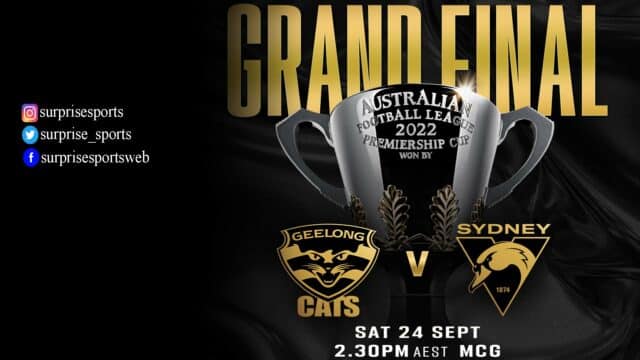 Who is Playing in the AFL Grand Final?

Geelong and Sydney will meet in the season’s deciding game for the first time in AFL history.

After the home and away season, the Cats finished on top of the ladder. They reached the grand final with a thrilling win over Collingwood in a qualifying final and a comfortable victory over Brisbane in the preliminary final.

The Sydney Swans finished third and had to overcome reigning champs Melbourne in their qualifying final and a nail-biter against the Magpies in a prelim.

Geelong Cats are on an incredible 15-match winning streak, which sees them finishing the regular season right at the top and cruising through to the Grand Final.

They began the finals series with a nail-biting 78-72 win over the Magpies. In the preliminary finals, the Cats showed a statement-making performance against Brisbane Lions to win by 71 points.

On the other hand, Sydney Swans are coming off a thrilling 95-94 win over the Magpies in the preliminary finals. They are on a magnificent 9-match winning streak and need one more to be the premiers.

Before that, they took care of last season’s premiers, Melbourne Demons, by 69-91 points to reach the preliminary finals.

How Can I Watch AFL Grand Final on Channel 7

You can watch the AFL Grand Final 2022 on Channel 7 and 7HD on your TV. It is a free-to-air Channel in Australia.

The Channel 7 coverage will begin from 10:30 am AEST with the Grand Final Countdown before live coverage beginning at 12:00 pm.

Seven’s coverage of the Grand Final will kick off at 7 am AEST with Weekend Sunrise and continue non-stop until the Grand Final post-match presentations and celebrations wind up at about 7 pm AEST.

Seven’s pre-game coverage from 9 am AEST will take fans into the annual Grand Final Brunch.

The 2022 AFL Grand Final Countdown kicks off at 10:30 am AEST, where hosts Luke Darcy, Jude Bolton, Jobe Watson, and Darcy Moore take viewers inside the Grand Final build-up at the MCG while football’s leading experts and news-breakers will have all the pre-game analysis and breaking developments covered.

Kicking off from midday AEST, Channel Seven will take viewers to every moment live at the MCG for the Grand Final Pre-Game Show. Before the premiership decider, fans will enjoy pre-match entertainment headlined by Robbie Williams, while Mike Brady will perform Up There Cazaly. Abbey Gelmi will sit down for a one-on-one interview with Robbie Williams and the last Geelong Premiership Captain, Cameron Ling, chats with Cats skipper Joel Selwood in the big game.

At halftime, fans will be treated to an array of Australian music performers, including G Flip, The Temper Trap featuring Budjerah and Ngaiire, and Goanna with Christine Anu, Emma Donovan, Tasman Keith, and William Barton.

The first-ever AFLW match on AFL Grand Final Day will kick off on 7mate, and 7plus from 11:00 am AEST when Richmond takes on the Brisbane Lions at Punt Road Oval for AFLW Round Five.

2022 AFL Grand Final from 2 pm AEST. Seven’s unrivaled footy coverage continues on the biggest and best day of the year, bringing viewers every moment live from the MCG.

Following the game, Seven will deliver every unmissable moment from the Post-Match Presentations at 5 pm AEST, when the Norm Smith Medallist will be revealed, and the winning team will receive the 2022 AFL Premiership Cup.

Seven’s post-game coverage from 6 pm football’s #1 commentary team will host AEST, live from the ground at the MCG with the 2022 Premiers for must-see interviews with all the Grand Final’s central figures.

How Can I Watch AFL Grand Final Online?

The coverage includes the Grand Final Breakfast, Longest Kick competition, and live pre-game with full analysis, beginning from 9:00 am AEST.

Aussie pop star Delta Goodrem, along with Robbie Williams and Mike Brady, will be in the pre-match entertainment lineup.

Moreover, fans from overseas can watch the live stream via Watch AFL. The Grand Final Day pass is also available at the Watch AFL.

This year, the Grand Final will be available on 7plus for select connected TV, set-top-box, gaming console devices, and in 1080p HD.

You can watch the AFL Grand Final on the following devices:

Ways to Watch From Other Countries

The AFL has several international broadcast partners who will likely show the Grand Final live, such as ABC Australia in the Pacific, BT Sport in the UK, Sky Television in New Zealand, and Fox Sports in the USA.

Following these steps, you can unblock 7 Plus in your region and watch AFL Grand Final in the USA. 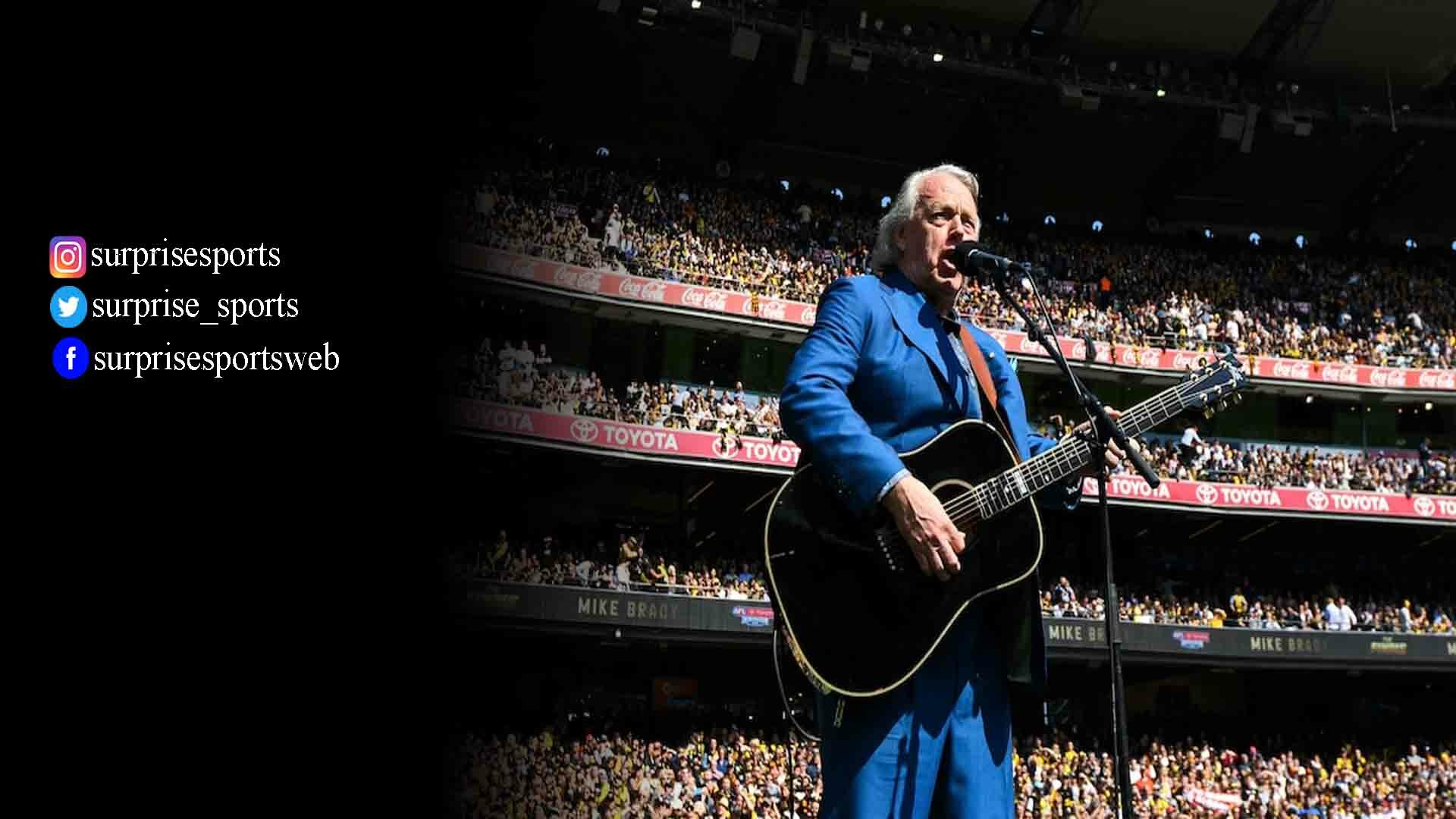 Robbie Williams was announced earlier this year as the AFL’s headline act, and chief executive Gillon McLachlan revealed yesterday that Delta Goodrem would be joining him as a special guest.

Sydney Swans are 2-1 up against Geelong Cats in their previous three head-to-head meetings. Those two wins were in the SCG. 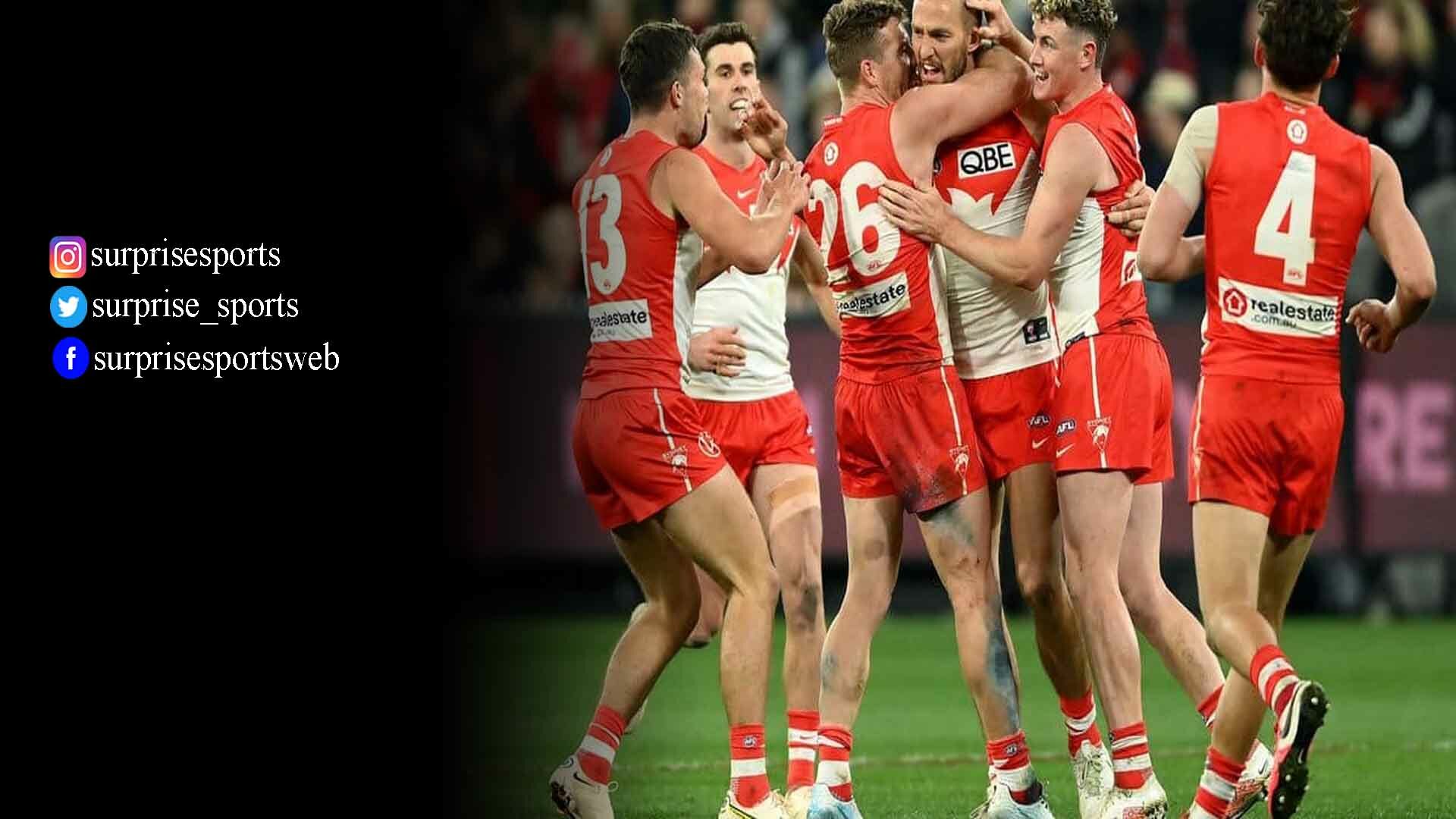 Sydney Swans players that will play in The AFL grand final 2022 are: 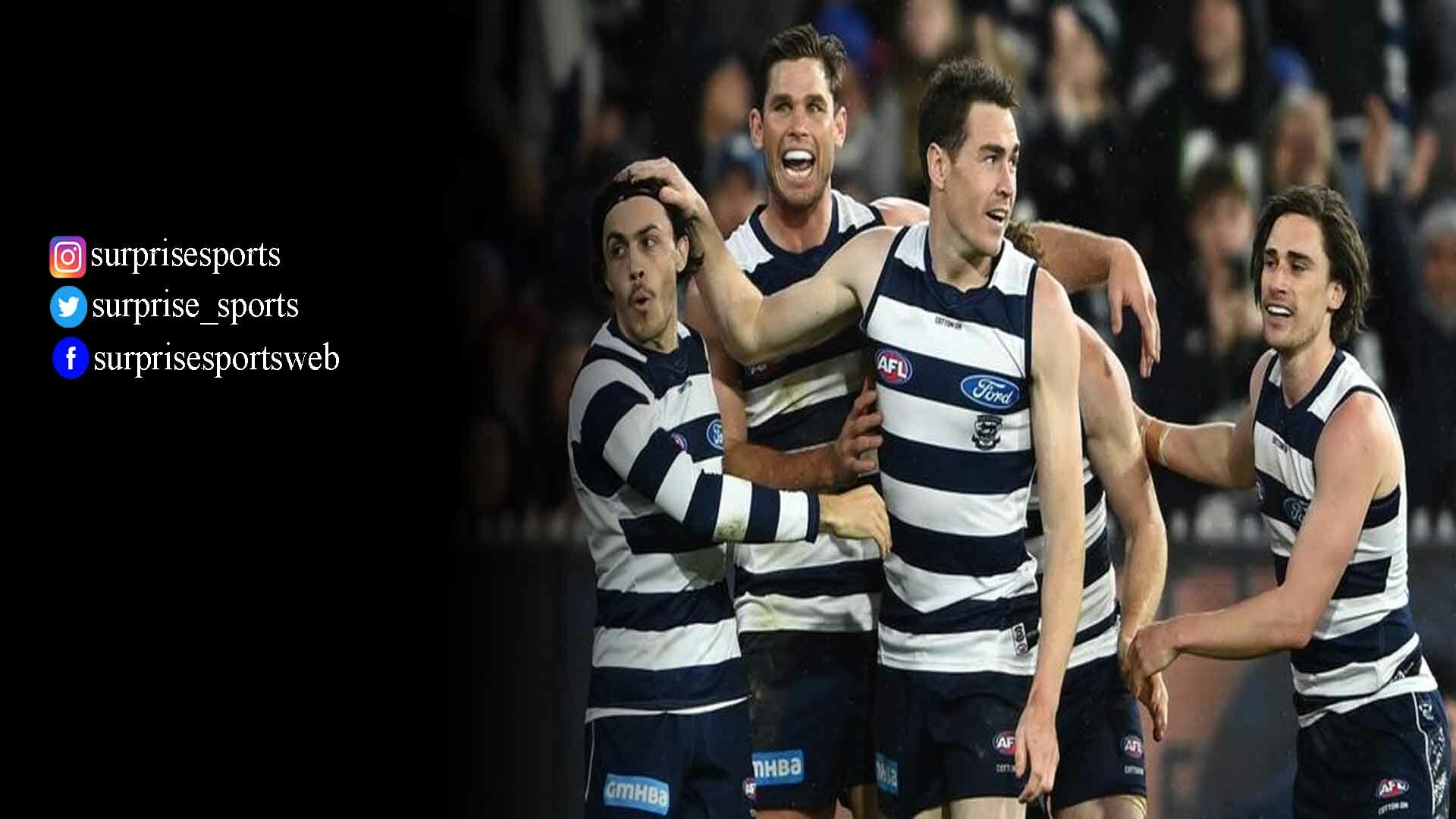 Geelong Cats players that will play in The AFL grand final 2022 are:

How Many Times Have Geelong Cats won the Grand Final?

Geelong Cats have been crowned The AFL champions 9 times. They have also won 7 VFA Premierships. The Cats have been in the AFL and VFA finals 18 times in history.

How Many Times Have Sydney Swans won the Grand Final?

Sydney Swans have won The AFL Grand Final 10 times and VFA Premierships 5 times. The Swans will face The Cats in the finals this year for the first time in the AFL/VFA history. They have competed against each other in several league matches but never in the finals.

Who won the Most AFL Grand Finals in the Past?

Essendon and Carlton have won most AFL Grand Finals in the Past. They have been crowned The AFL champions 16 times. Collingwood has won 15 times; and has been in the finals 44 times, and Hawthorn has won 13 times.

AFL Grand Final Ticket will cost around $157 after concession for entry-level. There are seven categories, and all ticket prices vary. The cheapest is $157, and the most expensive is $360 after the discount.