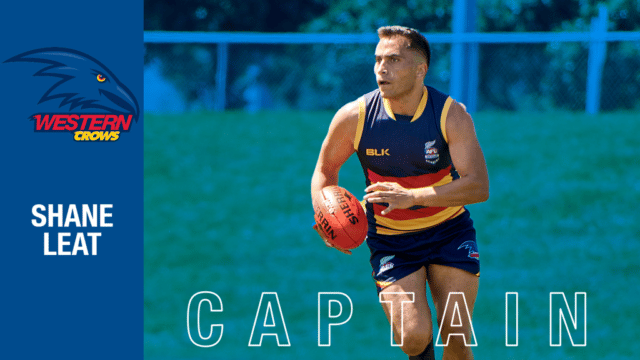 The 28 year old will become the sides third Captain, following on from Jared Court and Jay Johnson.

The silky smooth midfielder is a regular in the New Zealand Falcons set up and his speed and skill accuracy have been a key contributor to the Western Crows success over the past six seasons. His commitment levels are unsurpassed and his leadership is of great benefit to surrounding team members.

In 2016, playing for the Western Crows, Shane was a winning member of the Inaugural AFL New Zealand Premiership Cup and followed this later that year with further success captaining his local Auckland club side, the Waitakere Magpies to the Auckland AFL Premiership in an undefeated season.

Off the field, Leats involvement in the fitness industry is an added advantage to the engine room the Crows will look to develop in 2023.

The post <strong>Western Crows foundation squad member Shane Leat, will take on the role of Captain for the AFL New Zealand Premiership side in 2023.</strong> appeared first on AFL New Zealand.