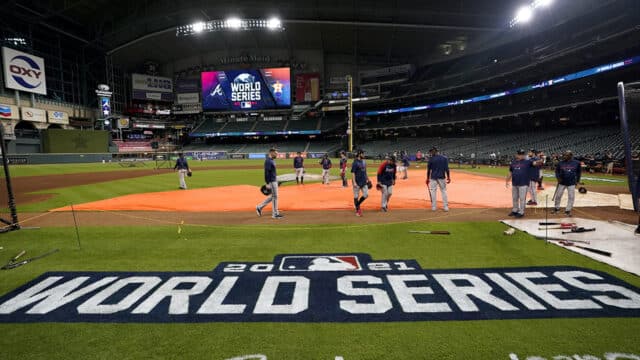 The World Series is the biggest sporting event of the summer. The race towards the 2022 World Series is heating up, with only a few weeks left in the regular season. The LA Dodgers are currently leading the league, but the New York Mets and the Houston Astros are close behind.

Betting on baseball has been growing in popularity across the country. Just as with every sport, betting on the playoffs is a big event. Looking at the World Series odds can give you a good idea of who is likely to win. However, there’s always the chance for a shock or upset that can change everything.

Here are our picks for the top five shocking World Series moments.

The St Louis Cardinals barely qualified for the playoffs in 2006. The Mets and the Detroit Tigers were the top contenders for the title going into the playoffs. Yet somehow, the Cardinals managed to beat the Mets in a National League Champion Series that came down to the final inning of Game 7. From there, beating the Tigers to win it all was basically a sure thing.

2003 –Yankees slip up against the Marlins

During the late 1990s and early 2000s, it seemed like the Yankees were totally unstoppable. Heading into the 2003 World Series, the Yankees had made it to the World Series in six of the past eightyears, and were looking to add another win to their list. The Marlins, meanwhile, had struggled all season. A mid-season switch to new manager Jack McKeon reinvigorated the team. They managed to beat the Yankees, capping the season off with a Game 6 shutout.

Related
How To Choose The Best Bat For Batting Cages

The Cincinnati Reds are one of those teams that have been consistently overlooked and underappreciated. Even though both teams had similar records heading into the playoffs, everyone expected the Oakland A’s to win. The Reds ended up sweeping the A’s in only four games, one of the most dramatic –and speedy –World Series upsets.

Maybe the 1990 loss shouldn’t have surprised the A’s and their fans, since they’d had another upset only two years earlier. The A’s had a strong lineup with a lot of heavy hitters while the Dodgers were seen as one of the weakest hitting teams to have made it to the playoffs. The Dodgers had also had to bench their star player due to injury. Manager Tommy Lasorda inspired his team to rise above circumstances and their win during the first game set the tone for the rest of the series.

The 1969 Baltimore Orioles lineup is considered one of the best in history. It included Jim Palmer, Tom Phoebus, and Dave McNally. The Mets lost the first game in the series, as everyone had expected. After that, however, the Mets pitchers went into overdrive and managed to hold the Orioles to a .146 batting average.