There is no one player who wants to be remembered as the bad one. However, the world still has considered some of the NBA players who were lack of focus and couldn’t make it so well while trying so hard all the time. So, we’ve collected the ten worst players in the NBA of all time after deep exploration.

Few players were born to win and make an impact on the world. Contrarily, the NBA also has those players who have done nothing in the game. That’s true that not everyone can become the best in the world. But if a person tries hard to get over his fear and beat the competition can make a huge difference in his game.

Those athletes who cannot perform so well, in the long run, mislay the chances to be known as an elite players in the world, and they lose fan following. Eventually, it makes them end up their career.

But nobody sees, on the other hand, there are players who are trying so hard to score well and get recognition. That is the downside of the NBA, which we are going to discuss in detail and bring out those worst NBA players in our ranking. Let’s begin.

On number 10, we have ranked Rafael Araujo out of the top 10 worst players in the NBA of all time. Rafael Paulo de Lara Araujo is a retired Brazilian professional basketball player.

He was a member of the National Basketball Association for three seasons. During his time, he was first hyped as one of the richest NBA players to watch out for.

Even so, it’s not like Araujo was never allowed to show his aptitude in the league. He played in 139 games during the regular season and was later traded to the Utah Jazz after two seasons in Toronto.

Furthermore, he possessed mediocre athletic skills that were not sufficient to compete against basketball’s top players. On number 9, we have ranked Anthony Bennett out of the top 10 worst players in the NBA of all time. Canadian professional basketball player Anthony Harris Bennett plays for Hapoel Jerusalem of the Israeli Basketball Premier League.

During his college career, he played basketball for the University of Nevada, Las Vegas. However, he has also played for several best NBA teams.

Even though he dominated the amateur competition, he couldn’t win the contest when he faced players with the same physicality but extraordinary skills.

Due to his poor skills, he couldn’t make much money as part of the Kevin Love trade package, and he was also dropped from the regular rotation before he could reach the Minnesota Timberwolves. In addition, Tskitishvili has represented Georgia’s national basketball team. On a different note, he is one of the tallest athletes in sports history now.

Tskitishvili was not a hard-working player, and he did not perform at the level that the Nuggets expected.

During his 11 games with Benetton Treviso, he averaged only 6.6 points and 1.8 rebounds per game. According to Bill Simmons, Nikoloz is ”the worst-case scenario for any foreign pick” in the NBA. On number 7, we have ranked Mark Madsen out of the top 10 worst players in the NBA of all time. Although he is not among the greatest NBA players, he is definitely a great coach.

Currently the head coach of Utah Valley University of the Western Athletic Conference, Mark Ellsworth Madsen was formerly a professional basketball player in the United States.

He had a little natural basketball playing ability throughout his nine-year playing career, but he never worked hard to make it this far. During his first two seasons, he was also a part of the Los Angeles Lakers championship teams.

However, despite playing over 450 games, he never averaged more than four points or rebounds, not including 49 playoff appearances. 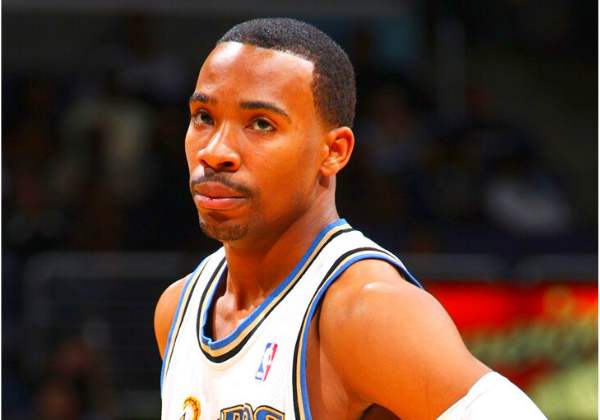 On number 6, we have ranked Javaris Crittenton out of the top 10 worst players in the NBA of all time. However, he is widely regarded as one of the most handsome NBA players of all time.

Javaris Cortez Crittenton is a former professional basketball player and convicted murderer from the United States.

He played two seasons in the NBA before this Washington incident, but this incident severely damaged his career reputation.

Although he played for a long time, he never reached six points a game or distributed 2.5 assists. That is the reason he is still regarded as the worst player in the NBA. On number 5, we have ranked Sun Yue out of the top 10 worst players in the NBA of all time. Sun Yue is a professional basketball player in the Chinese Basketball Association playing in the Beijing Royal Fighters.

He is one of the tallest NBA players the world has ever witnessed. As a member of the Los Angeles Lakers, he won an NBA championship in 2009. That was his last huge gain.

At the start of his time with the NBA, he was competent, but his performance over time has shown him to be incapable of playing in the NBA. During his debut, he committed four fouls and made two turnovers.

Unfortunately, it wasn’t going so well for Yue as he kept making more fouls than points. Despite his tireless efforts, he didn’t manage to be a good player. As a rule, choosing a career should be based on your interests. Perhaps he had no interest in NBA games. 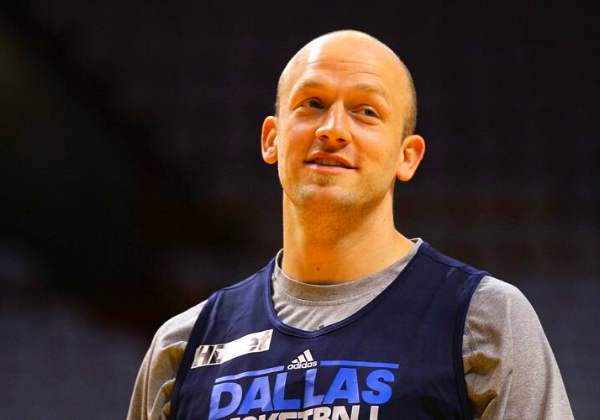 On number 4, we have ranked Brian Cardinal out of the top 10 worst players in the NBA of all time. Brian Lee Cardinal is a former professional basketball player from the United States.

In 2011, he won an NBA championship with the Dallas Mavericks after playing 456 games in the NBA between 2000 and 2012. Cardinal was one of the best players in Purdue University history before entering the NBA.

As a result of this luck, he gained his place in the NBA, but later, he didn’t make it so well as fans had huge expectations. Despite his average skill, he played in 12 NBA seasons but was never able to score much on average and scored his highest points with 9.6.

In addition, he earned the nickname “The Custodian,” which reflects his less glamorous role in the NBA. In fact, he was the second most NBA player who had no interest in the game, after Sun Yue. On number 3, we have ranked Michael Ruffin out of the top 10 worst players in the NBA of all time. Former professional basketball player Michael David Ruffin currently works as an assistant coach for the Fort Wayne Mad Ants of the NBA G League.

He was a forward/center who stood 6’8″ and weighed 248 lbs. Although he had quite an unsuccessful playing career, he proved his worth as one of the best NBA coaches of all time.

Michael is considered incapable of playing effectively as a swingman in the league. In Ruffin’s entire career, he was drafted by the Bulls with the 32nd pick in the 1999 NBA draft.

Furthermore, Ruffin scored 716 points and committed 946 fouls throughout his NBA career, making him one of only a few players with more fouls than points. On number 2, we have ranked Kyle Singler out of the top 10 worst players in the NBA of all time. Kyle Edward Singler is a former professional basketball player from the United States.

In 2010, Singer was named the Most Outstanding Player of the Final Four for his role in the Duke men’s basketball team’s NCAA championship run. Despite that, his graph never increased, and his performance consistently decreased after that victory.

The majority of his teammates in the league considered Kyle to be an inferior defensive player. However, he played alongside some of the best centers in the NBA.

Nevertheless, he played for the Pistons for three seasons constantly from 2012-2015, and despite all his accolades at college, his name was only known for being the 33rd pick in the 2011 NBA draft. On number 1, we have ranked Pete Chilcutt out of the top 10 worst players in the NBA of all time. In the National Basketball Association, Peter Shawn Chilcutt played basketball professionally for more than ten years.

In addition to attending Tuscaloosa Academy in Tuscaloosa, Alabama, Chilcutt was born in Sumter, South Carolina.

He did not exceed the average of 6.1 points during his entire NBA nine-year career but was lauded for his clutch shooting stroke instead of his athletic skills.

Additionally, Pete tried his best with the Sacramento Kings during the 1993-1994 season, but he played only 21 minutes per contest.

All right, folks! Although LeBron James and Michael Jordan are legends of the NBA, we’ve also had to see some terrible players along the way. There are several examples of that happening all over the world, not only in basketball history.

There will inevitably be players who are useless in each game. Even though some players have a lot of talent and can overwhelm opponents, they are actually lacking in interest or aren’t prepared well, or going through some other issues that inhibit them from achieving great things on the pitch.

FAQs Regarding Worst Players In NBA

Q. Who is the worst player in NBA this season?

Q. Which was the worst contract that happened in NBA?

Q. Who performed worst in NBA?

A. Sports Insider recently conducted a social media survey that found that James is currently the worst player in the NBA. James is not new to hatred. His NBA career has never been a good player and was plagued with negativity, peaking after his infamous “Decision” to join the Miami Heat.

Q. Who is the worst WNBA in history?

A. Former professional basketball player Ann Wauters hails from Belgium. She held the position of center primarily. Ann is regarded as the worst WNBA of all time.