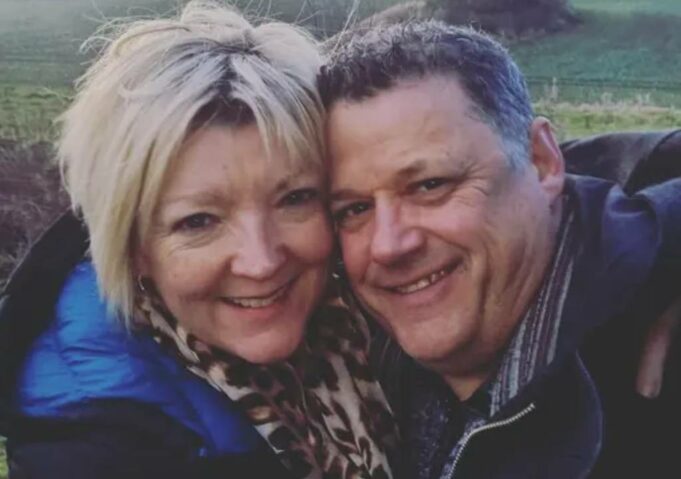 During a midday walk in lockdown, a herd of cows trampled Michael Holmes and his wife, Teresa Holmes. While Mr. Holmes died on the spot, Mrs. Holmes was left paralyzed.

A telecom worker Michael Holmes who was 57 years old, and his spouse met the tragic incident near their home in Hollinghirst lane in Netherton, West Yorkshire.

Let’s take a detailed look at the incident in today’s short article. Read on to learn more about the Holmes couple’s children and marital life.

As stated above, Michael Holmes passed away after cows trampled him during the pandemic walk.

During the global pandemic, the Holmes couple worked from home and took daily walks as part of their routine. The married duo used the same route regularly, which usually took half an hour.

On 29 September 2020, the lovebirds went for a walk with their daughter’s two dogs.

Unaware of several dozen cows with calves at the top of the steep hill, the pair entered a field on the JA Mitchell & Sons property and used a public footpath up it.

As seen on CCTV footage from a nearby property, cows approached the duo from behind and attacked.

Michael Holmes died on the spot after sustaining severe chest injuries. The dogs that they were walking to managed to escape the scene.

Although Teresa Holmes is alive, she suffered a spinal cord injury and damaged ribs. As a result, she spent six months in the hospital.

Teresa has been a wheelchair user since the incident.

Mrs. Holmes told the inquest that she couldn’t recollect the incident, and her daughters had to break the tragic news of Michael’s demise.

The devastated spouse of the telecom worker said it was very traumatic and isolating for her.

Mrs. Holmes said that she and her husband knew cattle were present in the field off Hollinghirst Lane “sometimes.” However, the steep hill prevented them from seeing them on that particular day.

There should be a notice that reads, “There are cattle with calves, Teresa said. She continued they would not have entered if that had been the case.

The inquest heard testimony from two walkers who cows had chased in the same field nearly four months before Michael’s demise.

Martin Mitchell, the farm’s owner, said he had not heard of any issues with his cattle being “violent” but that cows with calves did not get along well with dogs because they “view a dog as a predator.”

Mitchell said he had submitted proposals suggesting route change to Wakefield council after the tragic incident.

Michael And Teresa Had Been Together For 34 Years

Michael Holmes and His wife, Teresa Holmes, were reportedly childhood sweethearts. They had been married for 34 years.

The married duo enjoyed walking during the lockdown. The adorable couple hadn’t imagined such a tragedy would strike that day.

The smitten pair also shared a few daughters. Sadly the Holmes couple’s time together was cut short due to the fatality.

It must have been hard for the Holmes family to accept the sudden death of Michael. Hopefully, they are doing well now.