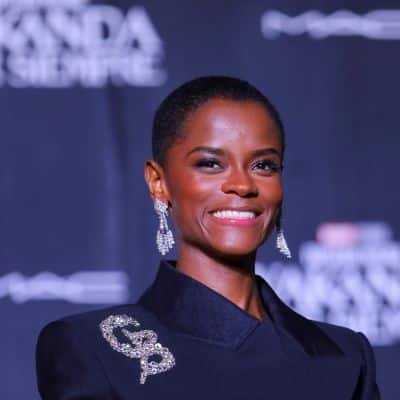 The British-Guyanese actress, 29, began her career at the age of 18 and acted in various television programs before making the leap to the big screen. Letitia Wright was born in Georgetown, Guyana, South America, but came to England when she was eight years old. While life in Guyana was nice, she yearned for more, and the transfer to England provided her with the opportunity.

Wright easily assimilated with society and started her path to become the celebrity she is today. She is the star of one of the world’s largest film series and has achieved amazing success. Following the death of Chadwick Boseman, the actor who previously portrayed the Wakandan superhero, Shuri taking over the mantle of the Black Panther is a highly exciting and generally praised viewpoint. Letitia Wright made an indisputable contribution to bringing Shuri, the scientific genius and younger sister of the late King T’Challa, to life. The increased screen time compared to her past appearances in other MCU films demonstrates her screen presence and acting skills.

Letitia Wright is an award-winning actress and the reigning rap battle champion within the Black Panter ensemble.

Since her initial appearance in the Marvel Cinematic Universe as Shuri, King T’Challa’s younger sister, Letitia Wright has become a sought-after performer. She, on the other hand, comes from a poor background and has achieved great success through pure hard effort. The actress began her career in school plays and then took acting training, but she attributes her true motivation to something else.

Wright told the Sunday Morning Herald that the 2006 film Akeelah and the Bee, starring Keke Palmer, had a big influence on her. She understood that acting was her passion, and she wanted to create films that would have the same effect on others as they did on her. Letitia said that she wanted viewers to feel motivated and delighted after viewing the film, but also as if they could do anything. It was “simply a lovely sensation,” she continued. She initially appeared on television in shows like Holby City and Top Boy, and in cinema as a supporting actress in My Brother the Devil (2012).

2) Her depression and the tranquility she discovered through religion

Letitia Wright has spoken openly about her sadness and how the industry’s huge pressure took its toll on her. However, it is comforting to know that she has struggled and triumphed. She attributed most of it to religion, describing how Christianity helped her find herself and her purpose.

She went on to say that she was in such a “deep state of sadness” that she wanted to stop performing. However, the actress said that she became interested in religion after attending a Bible reading session in east London and has been feeling better ever since. She even took a hiatus from acting at the age of 20 to devote her time to religion, transforming her attitude on life to a more positive one before returning to her acting profession.

3) Recognition for her potential talent

While most people recognize Letitia Wright as Shuri in Black Panther, she has been in the business for over a decade. She has acted in a number of films and television series, and her performances in those roles have won critical acclaim.

Her performance in the award-winning murder thriller My Brother the Devil earned her the title of Screen International’s 2012 Star of Tomorrow. Her performance in Black Mirror in 2017 earned her a Primetime Emmy nomination. In 2018, she played Black Panther, which garnered her three awards: the Teen Choice Award, the NAACP Image Awards, and the Screen Actors Guild Awards. She was also nominated for a BAFTA for the Rising Star Award. Not only that, but Wright got an NAACP Image Award for her performance as Nooshy in Sing 2. (2022).

4) Letitia Wright gets a cold.

While we all know Letitia Wright is a fantastic performer, she also has other abilities, like rapping and freestyling. During the press tours for Black Panther, Wright often mentioned her rhyming abilities and how she is the reigning champion of rap battles among the film’s cast and crew. Danai Gurira, Lupita Nyong’o, and Letitia Wright all verified her rapping abilities in an interview with Entertainment Weekly. They even made fun of Danai’s raps and the time she attempted to copy LL Cool J. Wright’s lyrical skills have earned her the moniker MC Baby Underbite from her castmates. 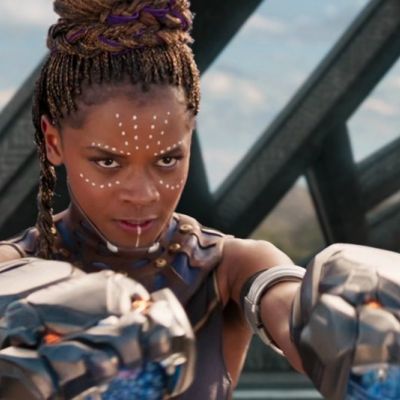 5) Her achievement was due to her unwavering work.

Letitia Wright’s ability for acting was evident from a young age. Her first true validation, however, came at the age of 12, when she took part in a school theatrical presentation commemorating Black History Month. Her depiction of Rosa Parks was so good that the performance was restaged at a local village theater. This gave her the push she needed, and she began to explore acting as a viable career.

Wright was determined to acquire an agent when she was 15 years old. However, since she didn’t have much money to spend, she snapped a selfie in front of a mirror and sent the photos together with her information to the best agencies in London by hand and e-mail. She eventually had her shot and nailed it, being signed right away. Her family, who were unaware that acting was a legitimate career in Guyana, recognized it as something good. She began attending acting courses and quickly landed her first on-screen role in Holby City. The rest, as we all know, is history, and Letitia Wright is now without a doubt one of the industry’s most sought-after performers.