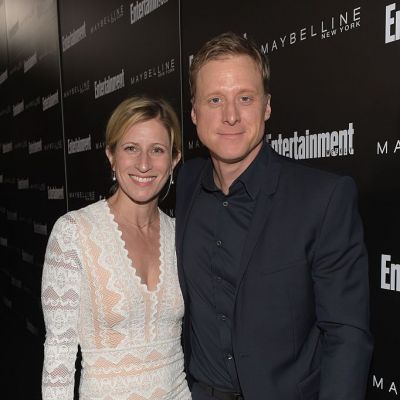 Alan Wray Tudyk is a well-known American actor. He is most recognized for his appearances as Tucker McGee in Tucker & Dale vs. Evil, Hoban “Wash” Washburne in Firefly and Serenity, and Steve the Pirate in Dodgeball: A True Underdog Story.

Alan Tudyk was born in El Paso, Texas, the son of Betty Loyce (née Wiley) and Timothy Nicholas Tudyk. , Texas, to Betty Loyce (née Wiley) and Timothy Nicholas Tudyk. He is descended from Poles, Germans, French, and English. Tudyk grew up in Plano, Texas, a Dallas suburb, and attended Plano Senior High School. He briefly worked as a stand-up comedian before leaving after an angry audience member threatened to kill him. Tudyk studied drama at the Methodist-affiliated Lon Morris College in Jacksonville, Texas, where he received the Drama Academic Excellence award. He played Beaver Smith in an eastern New Mexico summer stock theater production of Billy the Kid while in college. Tudyk attended Juilliard but dropped out in 1996 before completing his degree.

He is 5 feet 11 inches tall. He weighs approximately 79 kg. He has lovely warm blue eyes and brown locks. There is no information on his chest-waist-hip measurements, dress size, shoe size, biceps, and so on.

Tudyk starred in 28 Days Later as a homosexual German heroin addict in 2000. In A Knight’s Tale, he played Wat, in Dodgeball: A True Underdog Story, he played Steve the Pirate, and in I, Robot, he played the emotional robot Sonny. In 2005, he reprised his role as the jovial, easygoing Hoban “Wash” Washburne in the film Serenity, based on Joss Whedon’s television series Firefly. Tudyk appeared in the 2007 western film 3:10 to Yuma as a strong-willed doctor. He appeared in the film Knocked Up for a brief but memorable role, and in the British film Death at a Funeral for a highly physical comedic performance. Tucker was Tudyk’s character in the independent horror comedy Tucker & Dale versus Evil. In the film Transformers: Dark of the Moon, he repeated his role as Dutch. He played Simone in Alvin and the Chipmunks: Chipwrecked (a reckless French accent-speaking Chipmunk, the result after Simon was bitten by a spider). Tudyk portrayed Stephen A. Douglas in Timur Bekmambetov’s film Abraham Lincoln: Vampire Hunter in 2012. In the 2013 film 42 about Jackie Robinson, he portrayed Ben Chapman.

Tudyk made his Broadway debut in Epic Proportions in 1999. He also appeared in The Most Fabulous Story Ever Told, Misalliance, Oedipus, and Bunny Bunny. Tudyk appeared in a limited run of Prelude to a Kiss in 2005, filling in for Hank Azaria’s roles in Spamalot from June to December. One of his most well-known roles was as the jovial, easygoing Hoban “Wash” Washburne in Joss Whedon’s 2002 television series Firefly. Despite the fact that the series only lasted one season, Universal Studios purchased the rights to make a film, Serenity, in which Tudyk reprised his role. He did some voices from the film Make Way for Noddy. Tudyk took over as the lead anchor on the live-action [adult swim] comedy Newsreaders in 2014. Tudyk played Father, the cult leader, in Strangers With Candy’s “Blank Stare” two-part episode. He appeared as a convicted child sex offender on a popular episode of CSI: Crime Scene Investigation, among other guest appearances on popular shows such as Arrested Development.

Alan Tudyk is a $2 million net-worth American actor and voice artist. He is best recognized for his roles in the ABC comedy Suburgatory and as Hoban “Wash” Washburne in the Firefly space western series. He also portrayed Wat in A Knight’s Tale and had a prominent part as Ben Chapman in the film 42.

Tudyk and Charissa Barton, a choreographer, were engaged in December 2015. They tied the knot on September 24, 2016.