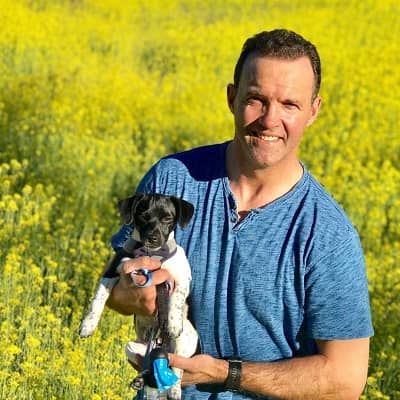 Bret Hedican was born on August 10, 1970. He is currently 52 years old. He was born in the Minnesota city of Saint Paul. Gerald is his father’s name, and Theresa is his mother’s name.

Hedican grew frustrated with his lack of playing time and bulked up during the offseason. After a senior-year growth spurt, he returned to football.

Hedican is a senior winger. Due to injuries, he played defense. He participated in the Maroon and Gold All-Star Series for high school seniors and was named All-State.

Hedican chose St. Cloud State over other colleges despite scholarship offers. Hedican was the only Twin Cities player on Herb Brooks’ 1992 Olympic roster.

St. Cloud State’s Brooks coached him. Bret Hedican joined the IHL’s Peoria Rivermen. After the Olympics, he practiced with his college team while contract talks continued.

To maintain his collegiate eligibility, he didn’t play any games with the team if an agreement couldn’t be reached. Hedican signed with the Blues but broke his foot in practice, missing 11 games.

He made his season debut on November 27 against the Vancouver Canucks, winning 7-5. Bob Berry praised Hedican’s speed and puck play. He was an NHL All-Star. Mike Gartner beat him in the fastest skater competition.

Hedican was traded to the Canucks for Craig Janney, Jeff Brown, and Nathan LaFayette in his third season with the Blues. On March 21, 1994, he joined the Canucks for their Stanley Cup run. “I have nothing bad to say about St. Louis,” Hedican said.

Bret Hedican is a husband. He married Kristi Yamaguchi in 2000, but the exact date is unknown. When they were both on the US Olympic team.

They first encountered each other at the 1992 Olympic Winter Games. Furthermore, the couple has two daughters, Keara Kiyomi, born in 2003, and Emma Yoshiko, born in 2005.