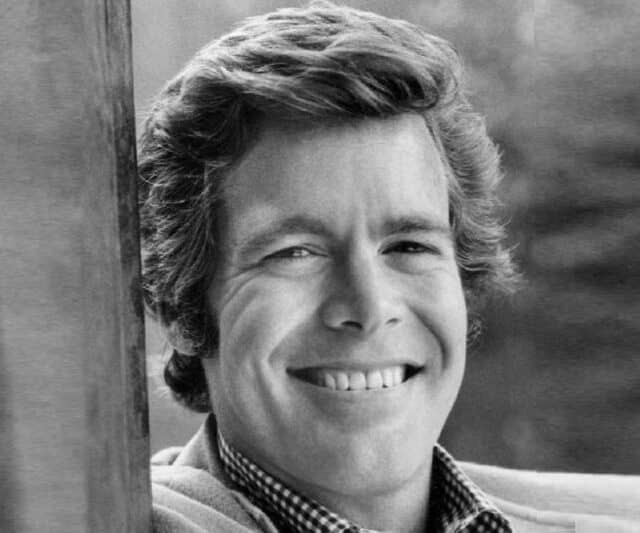 Doug McClure was an American actor active from 1950 to the 1990s. Best known for the series The Virginian and Out of this world, the actor passed away on February 5, 1995. The article below contains detail about his net worth, salary, age, height, and cause of death.

McClure was born on May 11, 1935, in Glendale, California. His father was Irish-American and his mother was English. In his teenage years, McClure lived in Nevada where he was a bronco-buster in occasional rodeos.

The American actor’s debut film was 1956’s “Friendly Persuasion”. There he played an uncredited soldier. His first minor role was in 1957’s “California Gold Rush in Reverse”. In 1960 he was cast for the NBC series “The Overland Trail”. The role helped his career skyrocket to fame in 1960.

McClure had a very successful career, starring in over 35 movies from the 60s to 90s. He also appeared in 20 tv series. His tv series such as “Checkmate” and “The Virginian” became very popular. Then after 1975, McClure made a shift to low-budget science-fiction movies. He also starred in a pirate movie named “The King’s Pirate” and three war movies, “The Longest Hundred Miles”, “The Birdmen”, and “Death Race”.

In 1994, McClure was awarded a Hollywood Walk of Fame star. It was his final public appearance event. Following that, the former American actor died from lung cancer on February 5, 1995.

Doug McClure’s Net Worth and Salary:

McClure’s net worth was $15 million at the time of his death. This amount is per current inflation. He earned his wealth from starring in over 100 movies and tv roles throughout his 40-year-long Hollywood career. He is best remembered for his roles in “The Virginian”, “The King’s Pirate” and “The Overland Trail”

In his lifetime McClure was married 5 times. His first marriage was to Faye Brash in 1957 which lasted for nearly 4 years. The same year of his first divorce, the actor married American actress Barbara Luna. His second marriage lasted for two years, and they divorced later in 1963. McClure married his third wife, Helen Crane on October 30, 1965. The couple then divorced in 1968. After two years, the actor married Diane Soldani. The two had one child named Tane McClure before their divorce in August 1979. Two days after, McClure married Diane Furnberg. They were married till his death in 1995.

On February 5, 1995, McClure passed away in his Los Angeles house. A few years before his death, he was diagnosed with lung cancer. The actor is currently interred at Woodlawn Memorial Cemetery in Santa Monica.