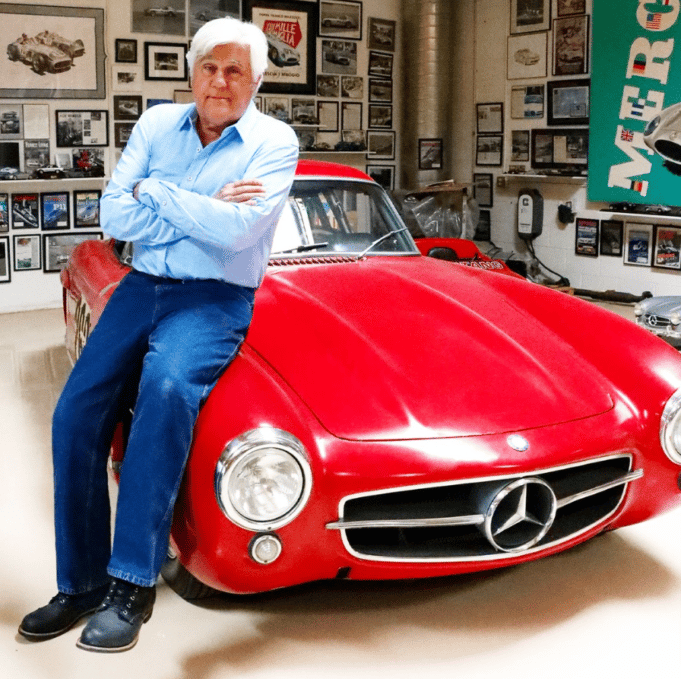 James Douglas Muir Leno, excellently known as Jay Leno is an American television host, comedian, writer, and actor. He is well recognized for hosting “The Tonight Show” from 1992 to 2014 and gained additional fame for his exquisite car collection. He is also known for his prominent jaw, which has been described as mandibular prognathism. He provided the voice of Vorb in the 1993 animated film We’re Back! A Dinosaur’s Story and Fast Tony in “Ice Age: The Meltdown”. He began a primetime talk show, titled “The Jay Leno Show”, which aired weeknights at 10:00 pm ET, also on NBC since September 2009. But it was canceled on January 2010 due to host controversy after which he returned to host “The Tonight Show with Jay Leno” on 1st March 2010. Moreover, Jay has hosted the third revival of the game show “You Bet Your Life” since its premiere in the fall of 2021. In 2022, he will be appearing as Ed Sullivan in an upcoming British biographical film “Midas Man”.

Where is Jay Leno from?

Jay Leno stepped for the very first time into the world on 28th April 1950 in New Rochelle, New York, U.S. He was born with the real name of James Douglas Muir Leno in a Christian religious family. He is American by nationality and mixed by ethnicity as he has Italian ancestry on his father’s side and is of Scottish descent on his mother’s side. Jay celebrated his 72nd birthday in 2022 and as per his birthdate, his star sign is Taurus. His mother, Catherine Leno who was a homemaker was born in 1911 and died in 1993 whereas his father, Angelo Leno, an insurance salesman was born in 1910 and died in 1994. Jay had one sibling an older brother named Patrick Leno who was a Vietnam War veteran and became an attorney. He sadly died of cancer in 2002 at the age of 62.
Moving to Jay’s education, he graduated from Andover High School and obtained a bachelor’s degree in speech therapy from Emerson College, where he started a comedy club in 1973.

Jay Leno remained resolutely apolitical and the general public never knew for whom he voted. While hosting the 2014 Genesis Prize award ceremony in Jerusalem, he made jokes mocking then-President Barack Obama and then-Secretary of State John Kerry, accusing Obama of “trying to break” the U.S.’s relationship with Israel.

Who is Jay Leno married to?

Jay Leno is a married man. He tied the knot with his beautiful wife, Mavis Leno who is an American philanthropist. The actor has remained loyal to his wife and we are unaware of his previous divorce as well as his ex relationships. The pair has no children yet. They both seem extremely happy in their domestic life and hope it will remain as same in the future too. Talking about Jay’s sexual orientation, he is straight.
Additionally, Jay is dyslexic and he claims to need only four or five hours of sleep each night. He does not consume alcohol, smoke, or gamble as he spends much of his free time visiting car collections and working in his private garage. Unfortunately, Jay suffered “serious burns” to his face and hands when a vehicle at his Los Angeles garage burst into flames on 12th November 2022.

How much is Jay Leno’s Net Worth?

Jay Leno has a net worth of $450 million as of 2022 and he earns a salary of around $15 million per year. He has claimed that he has not spent any of the money he earned from The Tonight Show, but lives off of his money from his stand-up routines. He reportedly earned $32 million in 2005 whereas, in 2001, he and his wife donated $100,000 to the Feminist Majority Foundation’s campaign. Also, he donated $100,000 to a scholarship fund at Salem State College. He auctioned his Fiat 500 in August 2012, which was sold for $385,000 with all the proceeds going to a charity that helps wounded war veterans recover by providing them with temporary housing. In addition, Jay’s major source of income is his television host, comedian, writer, and actor career. He has also been cast in TV commercials for “Doritos chips”, “Tostitos Gold chips”,” Acura NSX automobile”, “Shell Oil Company”, and “Burger King”.

Jay owns approximately 286 vehicles (169 cars and 117 motorbikes) as well as he has a website and a TV program called Jay Leno’s Garage, which contains video clips and photos of his car collection in detail, and other vehicles of interest to him. He opened his garage to Team Bondi which is the company that developed the 2011 video game L.A. Noire, which is set in Los Angeles in the late-1940s. 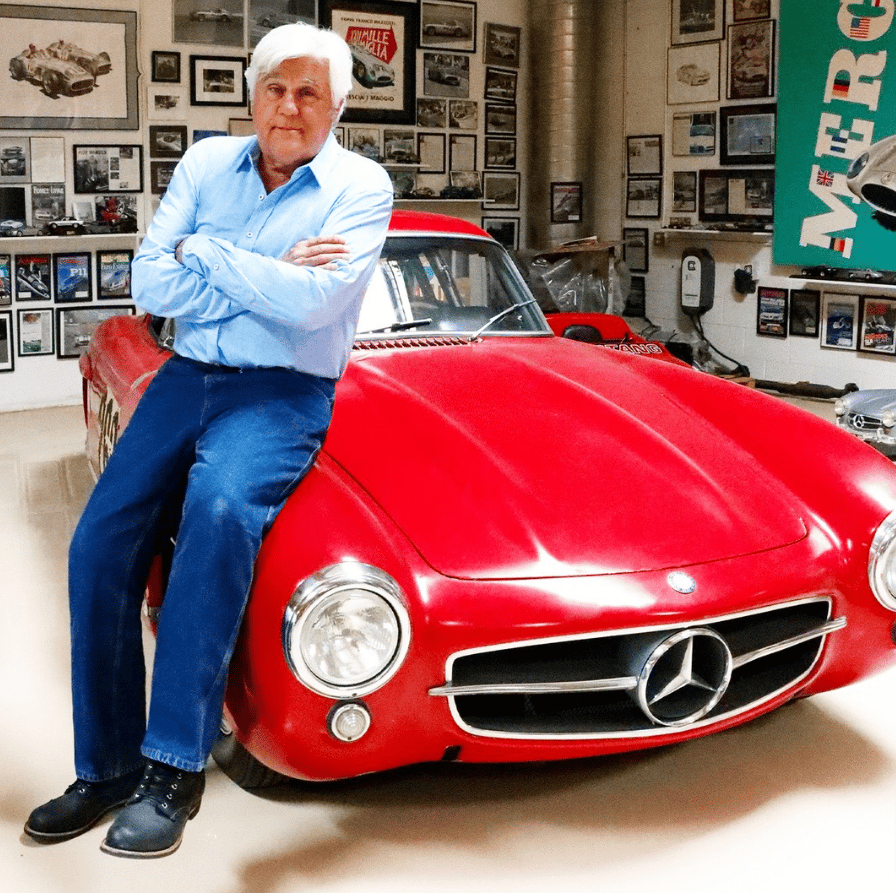 What is the Height of Jay Leno?

Jay Leno stands at an ideal height of 5 ft 11 in or 180.5 cm with a balanced body weight of 80 kg or 176.5 lbs. He has gray hair and blue eyes color. Jay’s body build type is average. At the age of 72 as well, he has kept his body maintained fit and fine which is so awesome to look at.