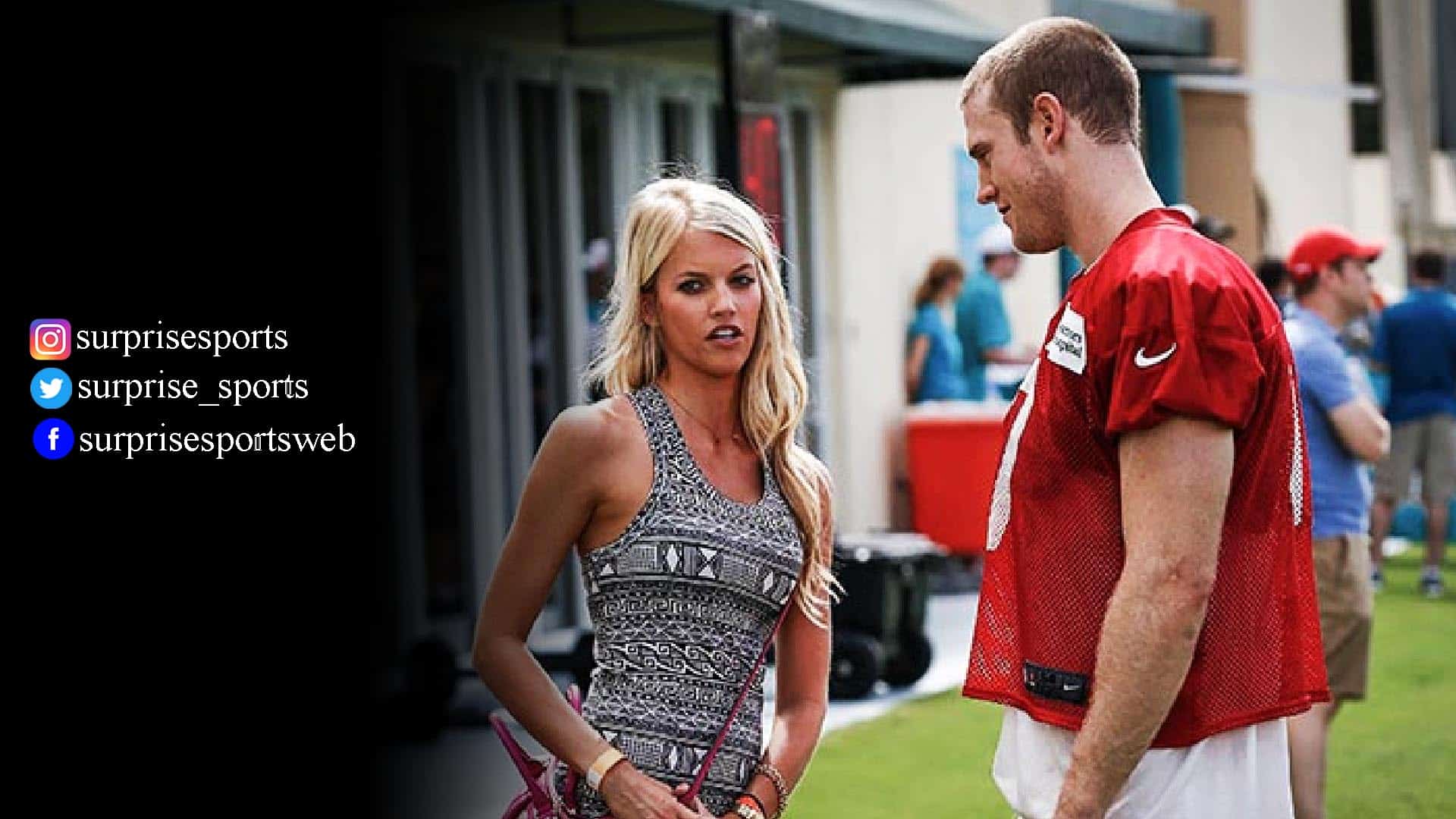 Lauren Tannehill is a model, communications, human psychology expert, charity worker, social media influencer, and the wife of an American football quarterback, Ryan Tannehill. From her early childhood days only, Godly virtues were instilled in her. For more thrilling information Lauren Tannehill, let’s dive into this article.

Lauren Tannehill was born on 28th July 1988 in Atlanta, Georgia, the United States; she is 33 years of age.

Her father, John Ufer, worked as an Administrator in Private Hospital. Her mother, Nancy Ufer, works as an insurance agent.

Lauren is the only girl child in her family; she has two brothers, Jordan and Dillion Ufer.

She majored in communications and had a minor in psychology in 2010.

She follows Christianity; she regularly attends church and prays regularly.

On 4th January 2014, Lauren, the wife of Dolphins quarterback Ryan Tannehill allegedly left a $2,000 AR-15 rifle in the back seat of a Nissan SUV- a rental car.

It was reported that no charges were filed against Lauren. The weapon is legally owned by the Dolphins quarterback – Ryan Tannehill. Through a Dolphins spokesman, Ryan Tannehills called the happening a “personal matter” and didn’t comment any further.

Lauren is married to her high schoolmate and popular quarterback – Ryan Tannehill. The couple met in Panama City, Florida, in 2009, and after dating for several years, they tied the knot in January 2012.

Lauren graduated with two degrees: Communications and Psychology. She was a Cardiology Assistant. However, currently, she is acting as a model and social media influencer.

Lauren worked as a model under the management of ‘Page 713 Model & Talent Agency. Lauren as a model, is quite famous for doing modeling projects with international men’s magazines ‘Maxim’ and ‘Levison’s Jewelry Inc.’ In the past, she was also a cheerleader for her boyfriend ‘Ryan’s’ football team.

Lauren sparked controversies when she forgot her husband Ryan’s semi-automatic AR-15 rifle in the backseat of a rental Nissan Rogue while vacationing in Miami. The rifle was found by a New York mom vacationing in Florida. The woman was shocked to find the gun and instantly contacted the police.

Lauren’s father, John Ufer, unexpectedly passed on 14th October 2019, the day after his 55th birthday. She expressed her love for her father through the Instagram post. 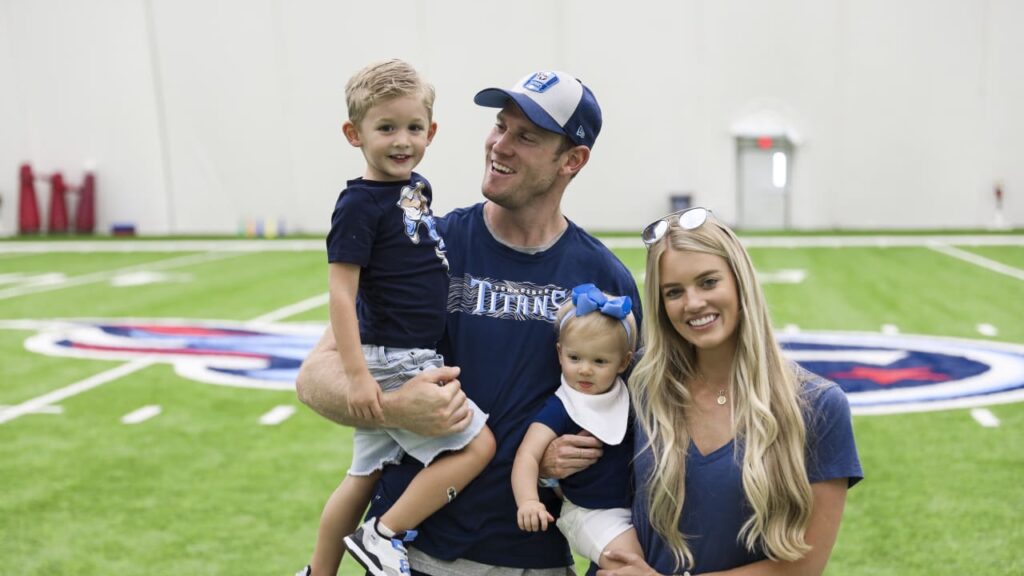 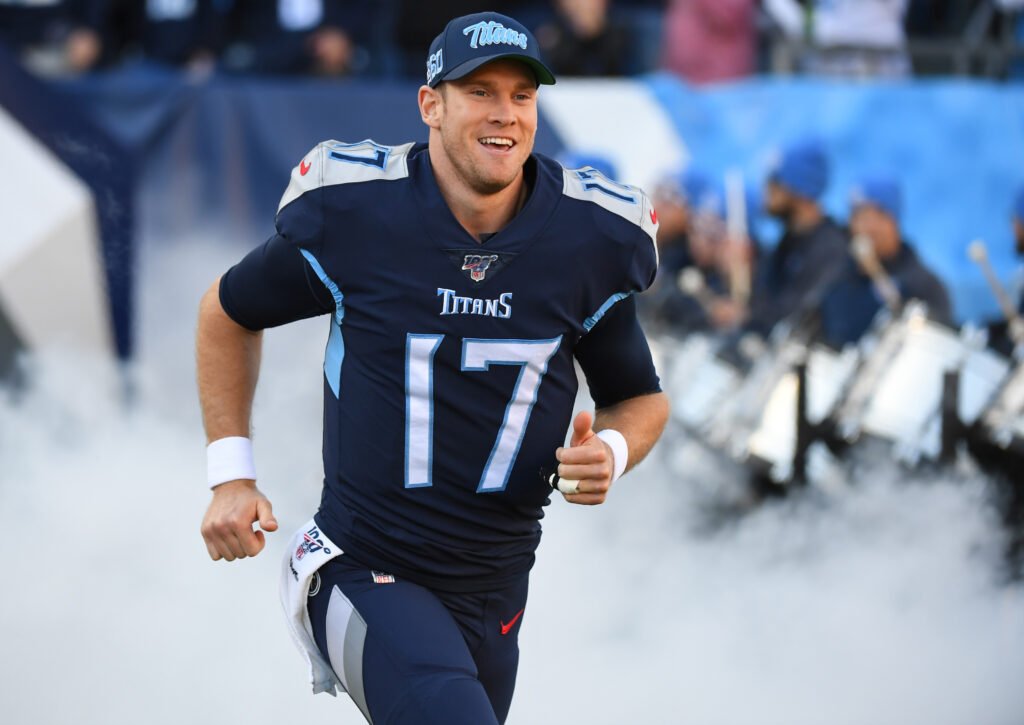 During Ryan’s first two years in college, he was the quarterback at Texas A&M and the No. 8 overall pick in the 2012 NFL draft. When Tennessee Titans drafted him, quarterback Ryan Tannehill played wide receiver for the Aggies. He earned All-Big 12 Honorable Mention honors for his performance as a wide receiver in the 2009 season.

In the 2012 NFL Draft, the Miami Dolphins chose Ryan Tannehill with the eighth overall pick. Since Dan Marino went 27th overall in 1983, he was the first quarterback selected by the Dolphins in the first round.

Did Ryan Tannehill Get Drafted?

Miami Dolphins drafted Ryan in the 1st round (8th overall) of the 2012 NFL Draft. 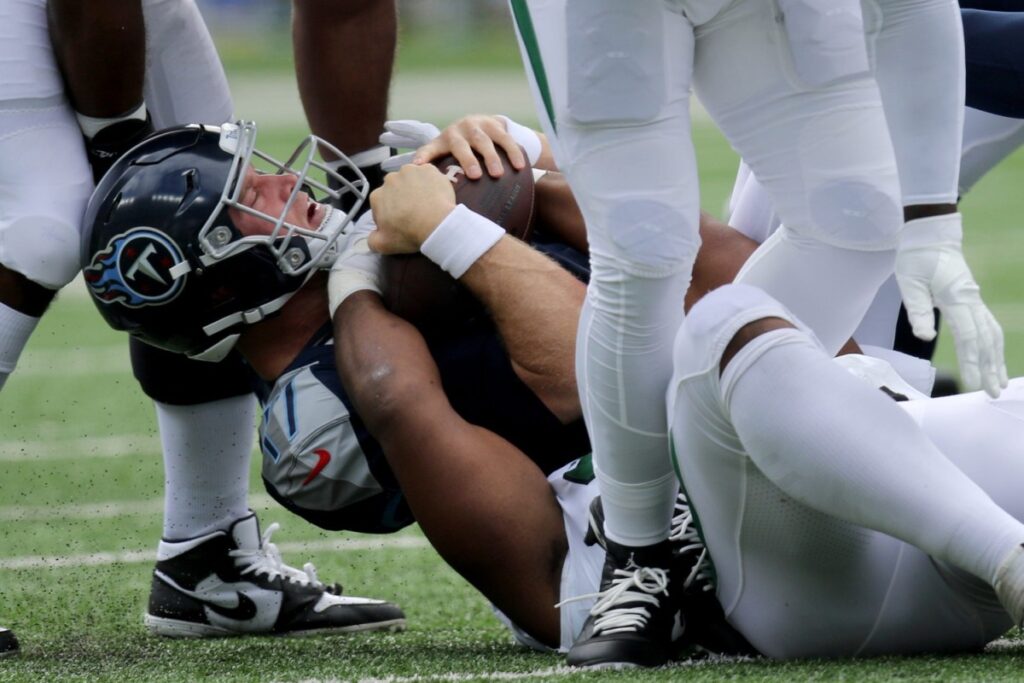 During the Titans-Texans game, Quarterback Ryan threw a dreadful interception that resulted in a touchdown for the Texans. In the play, Ryan tried to run back and make a tackle but unfortunately got extremely destroyed by a defender.

In November 2021, Mike Vrabel revealed that Ryan was dealing with an illness and would be listed on the injury report; however, he didn’t carry it, which means he was expected to play.

Ryan was drafted with the 8th overall pick by Miami Dolphins in the 2012 NFL Draft. 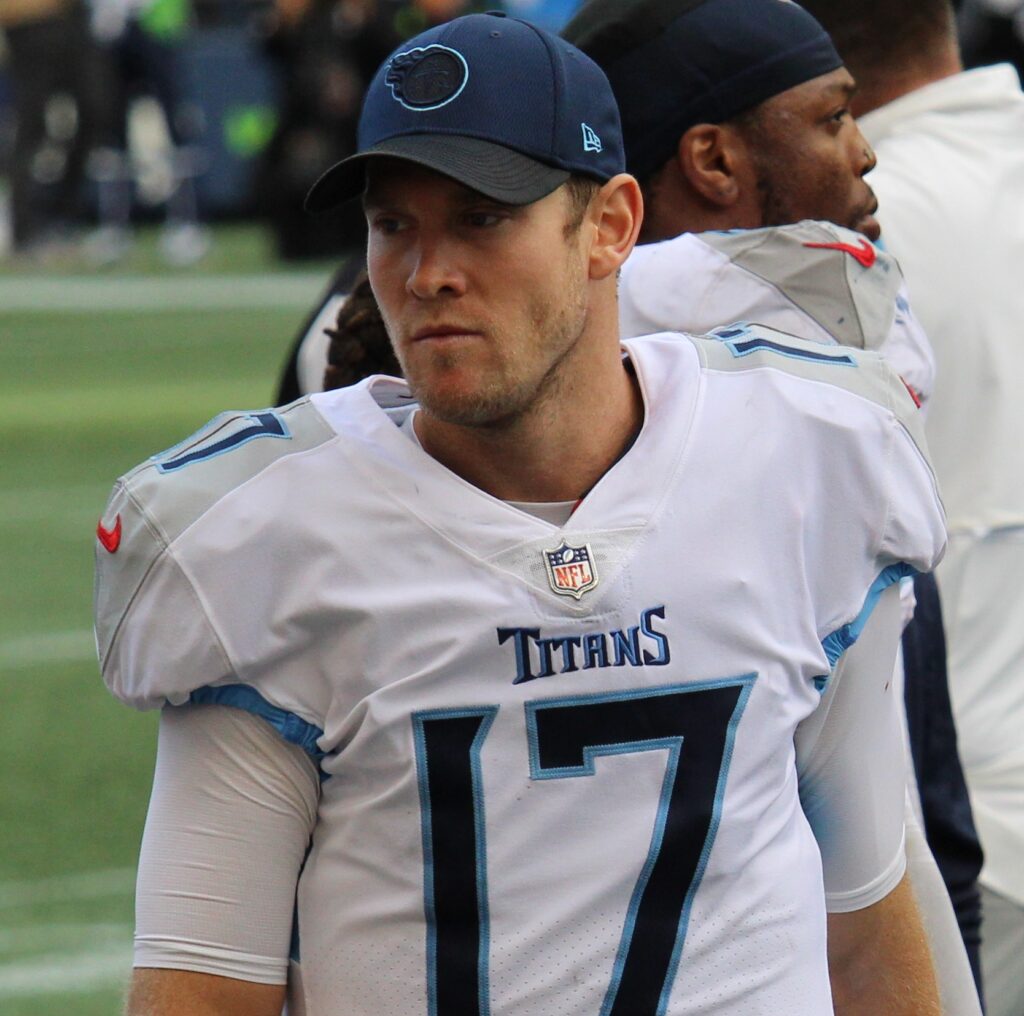 Currently, he is with the Tennessee Titans of the National Football League.

He is drafted in the 2012 NFL draft by Miami Dolphins.

He began 88 games over six seasons in South Florida and collected 20,434 passing yards and 123 touchdown passes.

the Dolphins traded Ryan to the Titans.

Where Did Ryan Tannehill Go to College?

After quitting offers from the University of Houston, Tulsa, TCU, and UTEP, Ryan redshirted his first season in 2007 at Texas A&M. He’s graduated from Texas A&M with a degree in biology, and his next playbook after football could be Gray’s Anatomy. He wants to be an orthopedic surgeon. 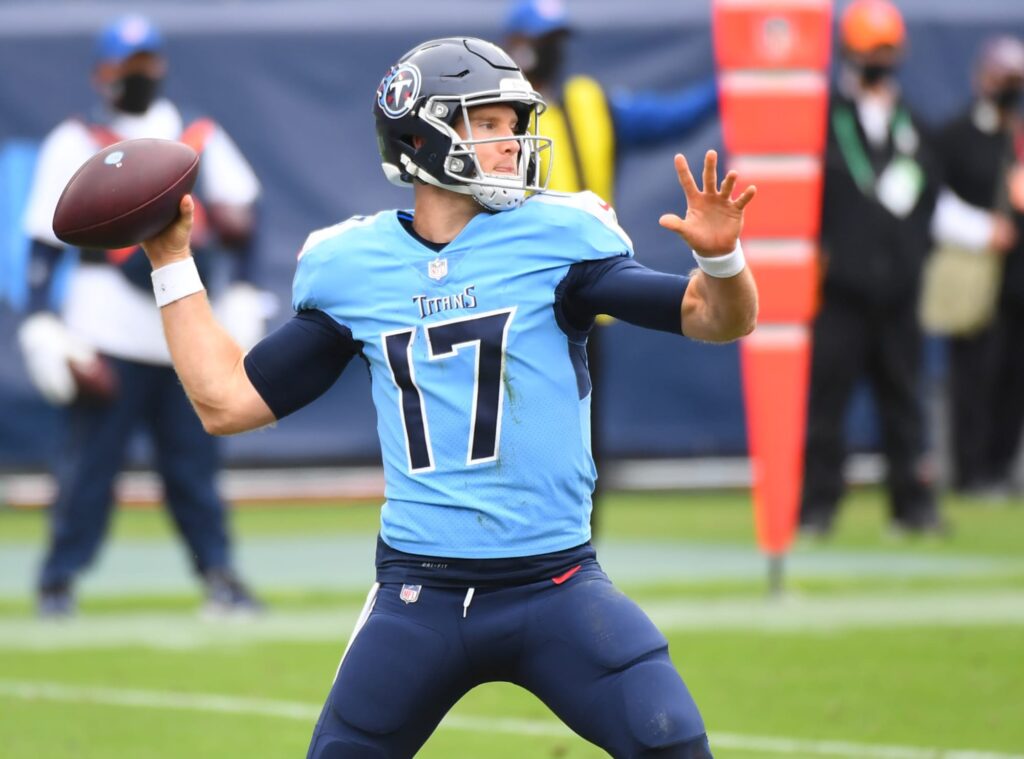