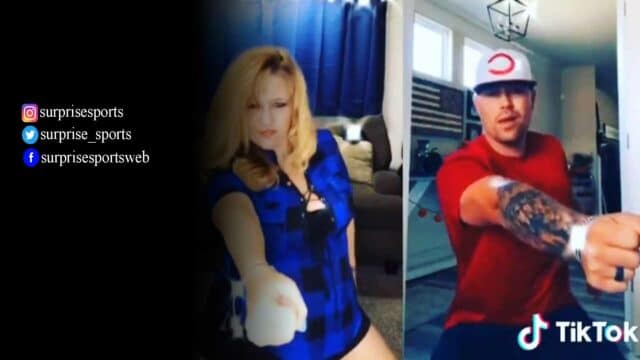 Officer Kingery is a former TikTok star and a police officer. One of his childhood days buddies was recently accused of sexual abuse. Since then, the PD officer has made all his social media profiles inaccessible to the public. His action prompted the public to speculate about many controversies involving the officer. In this article, we will go over all the controversy surrounding the former internet sensation.

Who is Officer Kingery?

Officer Kingery is a police officer. He is a reserve officer and SWAT team member of the Lawrence Police Department. Previously, he was a police influencer. He first came before the camera on A&E’s show Live PD. The series was popular for showing details on law enforcement’s work. However, following the murder of George Floyd in 2020 the show was canceled. Kingery starred in the show multiple times.

While starring in the show, the police officer shared a few clips on his TikTok account. Multiple videos including the one showing him dancing with the general public while in uniform got viral. These videos earned him enough popularity to start a regular TikTok career. Only within a year, he amassed over 2.5 million followers on his TikTok account. The officer also became affiliated with a TikTok group “Content Violation Group.”

Officer Kingery has earned over 2.5 million TikTok fans since his debut. The username for his account was @officer_kingery. In addition to TikTok, Kingery works with the Lawrence Police Department SWAT team in Indiana as a police officer. On the video-sharing platform, the celebrity became quite well-liked by offering a variety of legal counsel. Fans from all over the platform admired and respected his honest work.

Officer Kingery was also a part of “Content Violation Group”. On November 3, 2021, the group abruptly canceled shows in Cleveland and Dayton. As a cause, they cited “extenuating circumstances.” The next day, Kingery’s TikTok, Instagram, and Twitter accounts became unavailable. Later it was revealed that his friend Jimmy Jones was accused of physically abusing Jones’ wife multiple times. He was also accused of sexually assaulting another TikTok star Georgia Landscaper’s wife. Although Jones claimed most of the accusations against him as false, he admitted to adultery with another woman.

Another conservative influencer and stylist, Jessi “Flawless Lawless,” placed the final nail in the coffin when she shared a video. There the influencer accused a nameless police officer of sexually harassing her. She also mentioned Content Violation’s Officer Eudy, Scales, and Kingery in a reply to a comment. There she also added, “It’s not Eudy and it’s not Scales.” Shortly after, in a follow-up video, Flawless Lawless pointed out Kingery’s coincidental unavailability after her allegation video.

Fans quickly started speculating that Officer Kingery also might have a connection to the other sexual assaults. Particularly because he disappeared online after the allegations from Flawless Lawless.

Before deleting his TikTok account, Kingery posted a brief video. In that video, he talked about the allegations against him. There he said, “There’s some allegations going around about me and some of the other guys and I can tell you right now I have never sexually assaulted anybody in my entire life, and it pains me that I even have to say that”.

So far, Jessi filed no charges against Officer Kingery. Ironically, this is not the first time the officer got into trouble. He faced another violence charge before appearing on Live PD. There he went into a physical conflict with a bystander who attempted to break up a disagreement between Kingery and his wife. Strangely, the bystander decided not to press any charges.

For the most recent details on the police officer, keep an eye on our website. Don’t forget to share your thoughts on the whole situation in the comments area below.

Officer Kingery has a dance off with two little girls #LivePD pic.twitter.com/K9AdRf6WH8