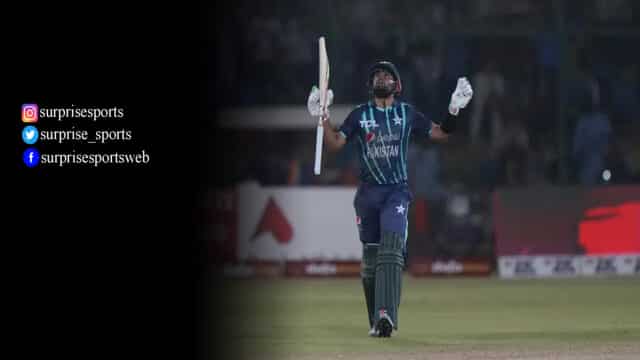 Pakistan got a 10-wicket thumping win less than 24 hours ago to level the series 1-1. The 3rd T20 is already here as Pakistan hosts England in Karachi on Friday. Here we have Pakistan vs England 3rd T20, start time, team news, starting XI, prediction, and how to watch live.

World No.1 T20 batter Mohammad Rizwan and World No. 2 Babar Azam proved last night why they are at the very top. The Pakistani openers chased down the mammoth target of 200 without losing any wickets.

Stuff of dreams by Babar Azam and Mohammad Rizwan ❤️

Pakistan’s skipper and man of the match Babar Azam scored 110 runs in 66 balls and Rizwan scored 88 of 51. The top-notch performance would give the whole team shots to their arms going into the 3rd T20.

However, it still remains to be seen how the middle order operates under pressure.

Before the disappointing bowling performance, Moeen Ali’s 55 of 23 and Duckett’s 43 of 22 helped England to collect a handsome total of 199-5. We could see some changes in England’s bowling lineup.

Pakistan Captain and Man of the Match Babar Azam:

“The discussion was we can chase it down, we have done it before and that was the belief in the dressing room. The wicket always plays better under lights and it played better than what we expected.”

Related
Who is the Richest Cricketer in the World in 2022?

“It was a very good score. It was a good wicket in the end. We were bowling okay, but the momentum changed when I bowled my over and gave 21 runs. We played really well with the bat. Duckett’s innings gave us a good platform.”

Pakistan would continue with their winning combination.

Moeen Ali hinted at changes in the bowling lineup for the 3rd T20. Olly Stone and Tom Helm are in contention for their debuts.

David Willey has struggled in this series, leaking 85 runs in 7.3 wicketless overs. He could make way for this one.

Jos Buttler would sit out the entire Pakistan Tour. However, he would return for the T20 World Cup in October. Chris Woakes and Mark Wood could wait until the Lahore leg.

Richard Gleeson felt a minor discomfort in the first match and missed the second one. He would be fit to return.

The pitch would get better under the lights and the team batting second would be more comfortable. It’s what we’ve seen in the second T20.

Pakistan’s middle order has been struggling lately. They contributed to their defeat in the opening game. It remains to be seen how they operate under pressure.

Moreover, there’s very little time to sort out the middle-order problem as the T20 World Cup looms in less than a month.

England would make changes in their bowling lineup. We are sure they would come back strongly to level the series.

However, we predict Pakistan’s batting will be pumped up again and grab another victory tonight to lead the series 2-1.

How Many Bouncers are Allowed in an Over?