It is evident that the role of a good coach is absolutely undeniable in Cricket. So we are summing up the 10 best cricket coaches who went on changing the game straight away.

The key to success is to be skill full, but, it is equally important to hone the skill and be able to perform well. For that, one needs a guide, a teacher to hold the hand and take the person down the right road to be able to reach the destination. This is true in every case in life. Even when we think about sports, like cricket. Here are the top ten coaches of all time. Former coach and first-class cricketer John Buchanan is widely regarded as the best coach of cricket history and was nicknamed Ned Flanders due to his similarity with The Simpsons character. After serving as a coach of Queensland Bulls for five years, Buchanan was appointed as the coach of the Australian cricket team in October 1999.

After he retired from the Australian team, he served as the coach of the Kolkata Knight Riders till June 2009. England Cricket Team hired him as a consultant during the 2010–11 Ashes series. He also served as the Director of Cricket for New Zealand Cricket from May 2011 to July 2013.

Bob Woolmer – the greatest coach of all time 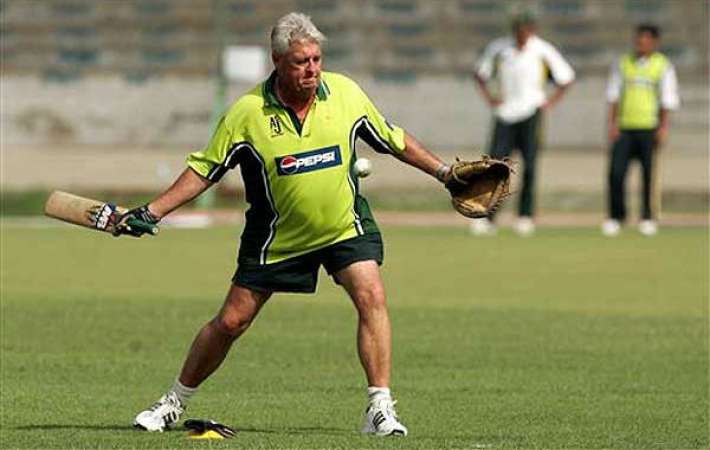 Former English cricketer and professional cricket coach Bob Woolmer started his coaching journey with Warwickshire County Cricket Club in 1991 and won the Natwest Trophy in 1993. Woolmer was appointed as the coach of South Africa in 1994 and during his time, the South African national cricket team won 10 out of 15 Test series.

He was also appointed as the coach of the Pakistan team in 2004 and won the ODI series at the Return Tour of India with 4–2 right after he joined the team.

Bob was honored with the high-ranking civil award of Pakistan’s Star of Excellence called “Sitara-e-Imtiaz” for his contribution to the Pakistan national cricket team. He died on 18 March 2007 just a few hours after Pakistan’s unexpected elimination from the 2007 Cricket World Cup at the hands of Ireland. he was by far the best cricket coach for the Pakistan team in history. 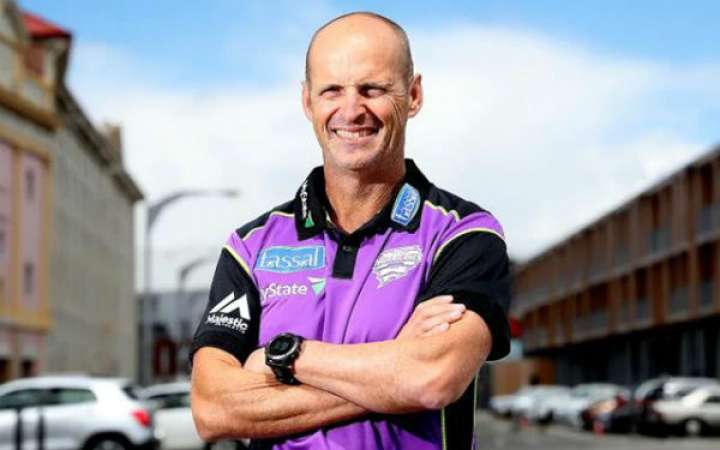 Retired South African cricketer and professional cricket Coach Gary Kirsten holds the record for the highest runs in a single innings in a One Day International by any South African with his 188 not-out.

He started his international coaching career with the India national cricket team on 1 March 2008 and served till early 2011. During his time, India won the 2011 ICC World Cup and 2009 Compaq Cup, and also reached the finals of the 2008 Asia Cup and Kitply Cup.

Kirsten was stated as “The best thing to happen to Indian cricket” by one of the most successful cricket captains, M.S. Dhoni. He was also appointed as the head coach of the South Africa national cricket team on 5 June 2011 and served his duty till August 2013. Besides his coaching career, Kirsten formed a company called Performance Zone with Paddy Upton and Dale Williams in 2007. Retired cricketer of New Zealand and professional cricket coach John Wright was nicknamed “Shake” during his playing career for his amazing success as the opening batsman of New Zealand. He started his international coaching career with the Kent County Cricket Club and was appointed as the head coach of the Indian national cricket team in 2000 and served till 2005.

During his time, the Indian team improved immensely and reached the final of the ICC 2003 Cricket World Cup and also won the home test series against Australia which included the historical Kolkata test where India won while coming back from a follow-on with VVS Laxman scoring 281 not out.

Wright served as the coach of the New Zealand cricket team from December 2010 to 2012. He was appointed as the head coach of the Mumbai Indians in IPL in January 2013. Whatmore coached them in two spells during which Sri Lanka won the 1996 ICC Cricket World Cup. He served as the head coach of the Bangladesh national cricket team from 2003 to 2007. He guided them to their first-ever Test match victory in 2005.

Whatmore was appointed as the coach of the national team by the Pakistan Cricket Board on 4 March 2012. He served them till Moin Khan took the role in 2014. During his two years term, Pakistan won the 2012 Asia Cup. Besides his international coaching career, he also coached the Kolkata Knight Riders in IPL from 2009 to the end of 2011.

Duncan Fletcher – the greatest coach of all time 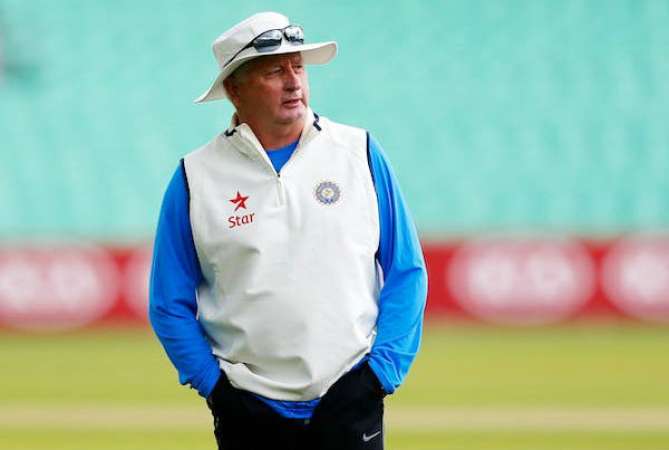 Former Zimbabwean cricketer and professional cricket Coach Duncan Fletcher led Zimbabwe to victory at the 1982 ICC Trophy. He started his international coaching career with the England national cricket team in 1999. During his term till 2007, he made radical changes to the English national team.

He won the 2005 Ashes series after 18 years in English cricket history. Besides, he also won the 2007 Commonwealth Bank Series. Fletcher was honored with the Order of the British Empire in 2005. He achieved that for his contribution to winning the Ashes after 18 long years.

He was appointed as the coach of the India cricket team on 27 April 2011. And then, he served them till 2015. Under Fletcher’s coaching, the Indian national cricket team won 8 international series victories including the 2013 Champions Trophy. Under Flower’s coaching, the English national cricket team won the 2010 ICC World cup Twenty20. Besides, they also won the Ashes series three times in 2009, 2011, and 2013. He received the Officer of the Order of the British Empire in the 2011 Birthday Honors.  And, he achieved that through his services to the English cricket team. Retired Australian cricketer and professional cricket Coach Darren Lehmann made 27 tests and 117 ODI appearances for the Australian national side. He started his coaching career as an assistant coach with the Australia Centre of Excellence in 2008.

Lehmann served his duty as the head coach of Deccan Chargers in the Indian Premier League from 2009 to 2012. He was also appointed as the coach of the Queensland cricket team during the 2010-11 KFC Twenty20 Big Bash. Lehmann started his international coaching journey with the Australian national cricket team. 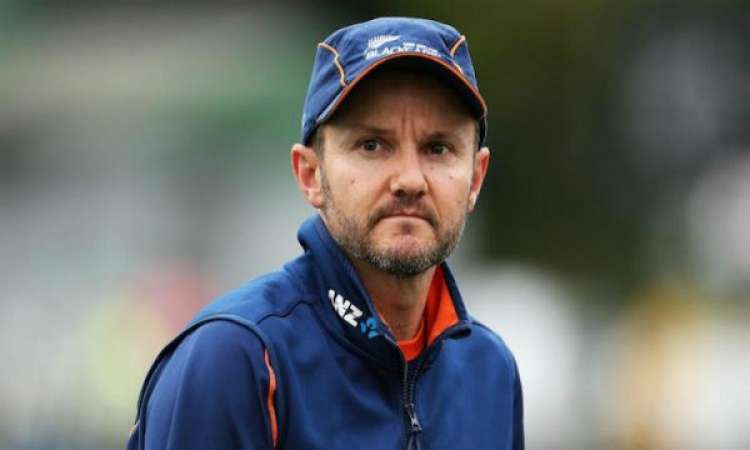 One of the recent head coaches of the New Zealand cricket team, Mike Hesson is considered one of the best cricket coaches of modern cricket. He started his international coaching career with a seven-year apprenticeship as Otago cricket club’s director of coaching in 1996.

Hesson started as an exceptionally young coach at the age of just 22. Mike was appointed as the head coach of the Kenya national cricket team in 2011. But shortly, he resigned in May 2012 citing the security issues he faced along with his family during their stay.

He has also coached the Argentine National cricket team in 2003 for eight months. The South American side won three matches after their 31 consecutive defeats under his coaching. He was appointed as the head coach of the New Zealand national cricket team on July 20, 2012. He served as their coach till 2018.

There are many more who have dedicated themselves to the teams they have coached mentioned above are some of the top coaches of all time. All such coaches deserve great respect for being the pillar of success for the players and the teams, and also for providing enough strength in the worst phases.

This was our list of top 10 Best Cricket Coaches in the world, we are open to your suggestions. Do let us know your thoughts in the comments below.

Q. Who is the best cricket coach in India?

Under Kohli’s leadership, India has won the most tests. At both the 2005 and 2017 Women’s Cricket World Cups, Mithali Raj led India to its best result in Women’s ODI cricket.

Q. Which state is best for cricket?

78 Test cricketers have come from Maharashtra alone, the most out of any state, and most are proponents of the Mumbai school of cricket and its successful Ranji team. More than half of India’s 292 Test players (162) come from Maharashtra, Gujarat, Punjab, and Tamil Nadu.

Q. Who is the best finisher in cricket?

Dhoni participated in 112 successful run chases during his ODI career. Cricket’s finest finisher, with an average of 91.28 and scores of 2,556 runs, including 19 half-centuries and a century, he amassed 2,556 runs at an average of 91.28. Likewise, he has also been named the greatest wicketkeeper in cricket history.

Q. Who brought cricket to India?

Cricket was brought to India by the British in the early 1700s, and the first match was played in 1721. Indians formed the first cricket club in 1848 when the Parsi community in Bombay founded the Oriental Cricket Club. In 1877, the Europeans finally invited the Parsis to play a match.