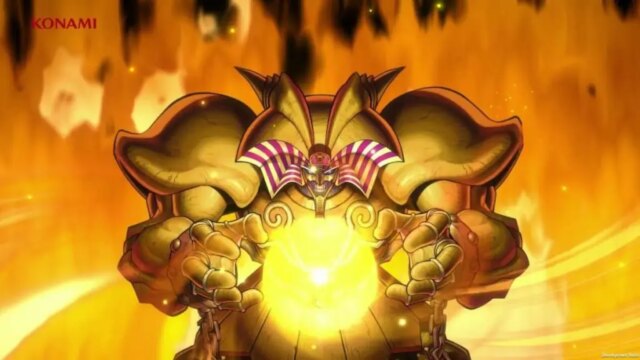 Despite being a worldwide brand, the Yu-Gi-Oh! card game has some notable differences depending on the region. The Original Card Game (OCG) is played in the Asia markets while the Trading Card Game (TCG) is played everywhere else.

Because Asia, namely Japan, is the origin of the game, the OCG can have newer cards or rules that the TCG doesn’t. But that isn’t to say the TCG is just the OCG but a few months behind, there are things that the TCG uses that aren’t employed in the OCG. Here are some key variances between the two.

4 Major Differences Between The Yu-Gi-Oh! OCG and TCG

While there are minor changes to the back of the card, or “backing”, such as the text being in English and reading “Yu-Gi-Oh! Trading Card Game” for the TCG, or the Japanese characters changing; the artwork itself may have major differences. Cards are changed to remove any religious or demonic symbolism such as A Deal with Dark Ruler having orbs instead of demonic horns.

Violence is another issue as it is either toned down, like Nightmare Wheel having a goblin being tortured instead of a human, or outright removed, such as D/D/D/ Marksman King Tell having the arrows removed from his chest. This also applies to weapons, such as guns or knives. Many of the weapons are altered to be more cartoony or, at least, less realistic. Full Salvo went from regular missles to sentient ones with faces and limbs drawn on. Sometimes the weapon is outright removed such as in the case of The Legendary Fisherman who lost his harpoon in favor of a drumstick.

Related
The DioField Chronicle: How To Play As Rickenback

Sexuality is amongst the highest amount of changed cards as it covers a wide array of issues. Having less revealing clothing for cards like Arcana Force III – The Empress by having her armor cover her midsection. Recoloring to give the illusion of having more clothes like Angel of Zera. Covering up cleavage and/or reducing busts like with Dark Magician Girl. Even suggestive imagery is changed for a card such as Doitsu having a line around its belly and shading added so the attention isn’t at the genital area.

Finally, sometimes cards are so egregious in one of these categories that they can no longer just be altered, they have to be redrawn completely. Dramatic Rescue in the OCG has a woman being trapped in a guillotine that was descending on her entrapped arm. In the TCG, the woman is tied to a tree with guards accompanying her. Other examples of redrawn art are when there may be problematic inferences taunt changing from two humans to two aliens. The issue here was they didn’t want to have any connotation of gangsters or bullying.

Based on the current scene, cards may be limited/semi-limited, meaning you can only use one or two in your deck, respectively, or outright banned. The cards that are limited or forbidden change frequently so players have to stay on top of it. But there is not one list to rule them all, it is split between the OCG and TCG. A card like Amazoness Archer may be unlimited in all formats of the TCG while forbidden in the OCG. The reason for this is that the playstyle of the competitive community helps dictate the lists so while a card may be powerful in many TCG decks, it may not be played much in the OCG. It may also have a counter in the OCG that is not available to the TCG yet.

The meta of the OCG is far ahead of the TCG as the Asia market gets cards and decks much earlier. However, some cards never make it to the TCG. It’s mostly from the older sets and boosters such as Yashinoki, which was released in 1999 in the “Booster 3” packs. Most newer cards find their way to the TCG eventually. Conversely, there are some TCG cards that never made it to the OCG such as Tyler the Great Warrior. Most TCG-only cards that debut in non-Asia markets find their way into the TCG.

While there are rules and rulebooks, the enforcement can be more open-ended. The way cards interact with another card’s effect may change depending on region or tournament. This changes over time as the gap between the two narrows.

One way the TCG differs is in the card text itself, as it employs Problem Solving Card Text (PSCT) to outline exactly how a card’s effect should function. The OCG does not have this and, because of it, the effects themselves may differ.

Another difference is it handles Simultaneous Effects Go On Chain (SEGOC). This deals with the priority of you and/or your opponent activating card effects in response to another. If it’s your turn, your card’s mandatory effects would have the highest priority, then your opponents, then your optional effects, then your opponents. In the “Perfect Rulebook”, there’s a different structure as non-public cards, meaning cards that only the player knows like face-down cards, are added to the priority at low priority.

This means that some way effects interact are different as you may not be able to play a card that you would in the TCG that is the same priority as your opponent as it’s a lower priority due to not being a public card. You can also check out some of the Yu-Gi-Oh! card rarities as well.