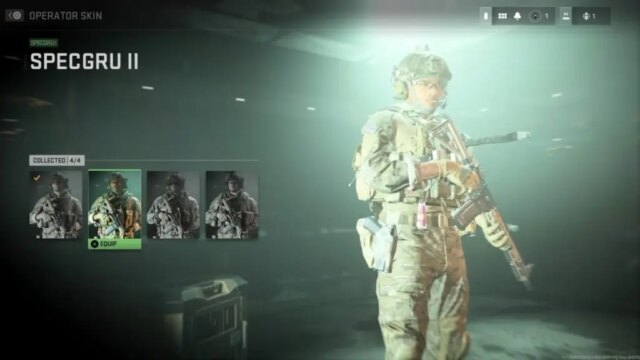 The Call of Duty: Modern Warfare 2 Early Access Beta is going strong, creating an exciting experience for PlayStation players (and soon all others) in anticipation of the full release of MW2 on October 28. This Beta is the beefiest by far, offering players quite a bit to experiment with ahead of the full game’s launch. With 4 game modes, a bunch of maps, and a full roster of Operators to choose from, what better time to dive into some of the offerings and rank them? Today, we’re going to rank all of the available Operators in the Modern Warfare 2 Beta from worst to best and explain our feelings about them.

Starting out our list is the most ridiculous-looking character offered on the roster. Fender just looks too cartoony to seem like a realistic CoD character at all.

Another character that follows Fender’s ridiculousness though isn’t as bad, Zimo is just boring and kind of tacky to look at.

If you’re looking for a generic soldier as your character, it doesn’t get any more vanilla than Specgru.

Though these new Vault Edition pre-order characters could have been neat, two of the four available are just silly-looking entirely. The worst one is the classic Captain Price who’s skeleton mask doesn’t cover his face fully and makes him look like a clownish version of himself.

Though better than Price, Soap’s look just comes off as an over-the-top knock on hypermasculinity. Soap is much better than this reduction.

A character that actually seems pretty interesting, this default outfit for the Kleo Operator looks like an over-sized jacket that someone like Oliver Tree would wear ironically.

Getting into the cooler characters on the list, Konig has that classic ghillie-ish look that most are going to gravitate towards.

A cool and intimidating force, Hutch definitely looks like the type of dude you’d want to have on your side. He looks like a real person without cartoonish clothes or over-the-top identifiers.

Just looking at his iconic mustache, you’d know Gus has style. His look overall, similar to Hutch, makes him feel like real military personnel instead of a superhero.

Though I typically prefer the more realistic characters, Horangi is just really cool to look at. He’s got an air of mystery to him like characters such as Snake-Eyes from G.I. Joe or Black Noir from The Boys Amazon series.

Though his normal look is iconic, his Vault Edition concept is as good, though it still is really cool regardless. The covering over the bottom half of his face is ghoulish for sure.

One of the coolest characters by far in MW2 is Nova, both a strong female presence and someone who brings representation as she has Vitiligo. This character is important for two groups of people and signifies that Call of Duty continues to move in the right direction to represent all gamers that play.

Definitely, the best Operator available in the MW2 Beta has to be the Vault Edition skin for Farah. It is epic and most definitely the best of that DLC bunch. That mask, iconic and as far as Operators go, it doesn’t get any better.

That’s our ranked list of all available Operators during the Modern Warfare 2 Beta!