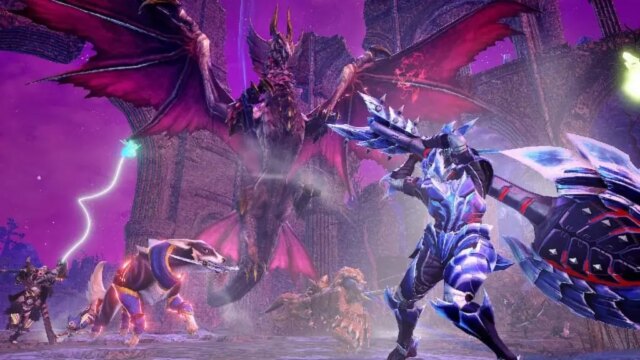 After months of speculation, Capcom finally revealed that the Monster Hunter Rise: Sunbreak Title 2 update will be arriving on Thursday, September 29th, 2022. It’s an update that is set to feature tons of content, including new unlockable layered weapons, more weekly event quests, and plenty of unique rewards. Not to mention some never before seen monsters!

Here is everything you need to know about all of the new monsters in the Monster Hunter Rise: Sunbreak Title 2 update.

Monster Hunter Rise: Sunbreak is home to all sorts of fun and fearsome creatures. From gigantic crabs to vampiric Elder Dragons. While there’s already a large majority of monsters that you can encounter in the base game, every new update brings in a whole new mix of beasts to fight.

The Title Update 2, in particular, showcases three new monsters players will come across; the challenging Violet Mizutsune, the fiery Flaming Espinas, and the rare Risen Chameleos. Below is a more detailed breakdown of each monster.

That’s everything you need to know about all of the new monsters in the Monster Hunter Rise: Sunbreak Title 2 update. If you’re interested in similar content, be sure to check out our guides section here at Surprise Sports. Where you can find loads of helpful information such as all Yu-Gi-Oh! monster types explained or the top 10 Monster Hunter games ranked.