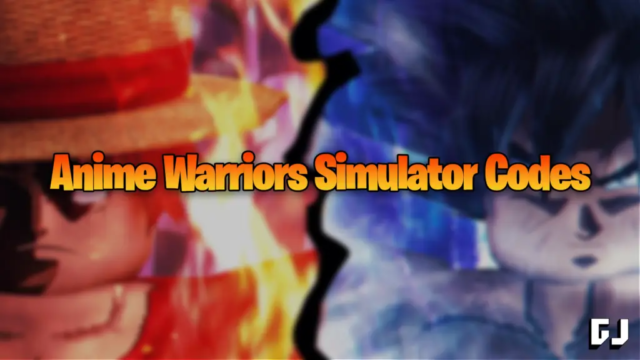 Anime Warriors Simulator is an experience developed by Enclamatic Simulations for the Roblox platform. Collect your favorite anime characters to fight along side you as you progress through different worlds. Help your warriors do more damage by clicking while they fight. Collect gems and yen to buy powerful upgrades and unlock more powerful fighters. Do you have what it takes to reach the top of the leaderboards?

Get the latest free items, boosts, and more with our Anime Warriors Simulator codes list. Refer to the section below for more information on how to redeem codes in Anime Warriors Simulator. Remember to bookmark the page and check back often for new codes and updates. If you’re on a computer, press CTRL+D to add us to your bookmarks and never miss a code again.

We have the full list of codes for Roblox Anime Warriors Simulator below. You can enter any of these codes into the code redemption screen to claim some freebies like boosts, currency, or even limited-time items. Codes expire after a short time, so make sure to use them while they last or they will go to waste. Check back soon for more updates.

There are currently no expired codes.

How do I redeem Anime Warriors Simulator codes?

Here is how to redeem codes in Roblox Anime Warriors Simulator:

Where can I get new codes for Anime Warriors Simulator?

Follow the developers on their Twitter account to stay up-to-date with announcements and Anime Warriors Simulator news. You can also follow the game’s Roblox page or join the official Discord community server to chat with other players, get new updates and announcements, and learn more about the game. We recommend following our code list here for updates so you can have them all in one convenient location!

That’s the full working codes list for Roblox Anime Warriors Simulator. Bookmark this page and check back later for more. As soon as a new one releases, we’ll have it on our list.