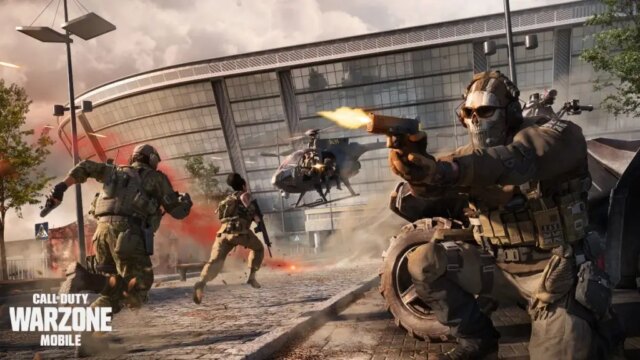 Warzone Mobile looks to be an explosive experience that players are sure to sink an endless amount of hours into once it finally releases. Given what the team behind Call of Duty explained at the event, this really does look to be an impressive and extremely ambitious new mobile game for fans of the iconic franchise. So, let’s unpack everything we know and explain what players can expect for Warzone Mobile at launch.

Call of Duty Warzone Mobile: How it Works, Release Date, Cross-Progression, Maps, and Everything to Know

Warzone Mobile is not going to be your typical mobile video game, it will seemingly be an exact mirror of what players are going to experience, gameplay-wise, as they would in the current Warzone on console and PC, though with a dedication to mobile. That being said, this will not be cross-play with consoles or PC, strictly Android and iOS devices. It’ll also have the same controls across the board so that all players, no matter their smart devices, have the same experience.

Warzone Mobile is going to have that same Warzone feel that you’d expect on console or PC with the gameplay being a 1:1, though on a smaller scale. Your guns are going to look and feel great, movement is going to be comfortable, you’ll still have Buy Stations, Killstreaks, and Contracts, plus you’ll have the Gulag that will of course give you a chance to come back from the dead.

The game will also feature lobbies that include up to 120 total real players. It’s also been confirmed that Warzone Mobile will not include any bots whatsoever as it takes away from the authentic Call of Duty Warzone experience.

Though cross-play won’t be a feature here, players will be treated to cross-progression across their Call of Duty account, no matter the game or platform. That means that your weapons, operators, friends, chat, and Battle Pass progression will all be carried throughout Modern Warfare 2, Warzone 2.0, and Warzone Mobile. It’s kind of an insane thing, and it’s able to be achieved via Activision’s new unified Call of Duty technology.

AT launch, players will finally be able to drop into the fan-favorite map, Verdansk, yet again. This is map is going to be identical to the first iteration released when Warzone originally launched, so players will be able to visit The Dam, as well as all of their other favorite POIs as this is going to be the entire map.

Everything Else to Know

Warzone Mobile will have its own in-game events, playlists, and even content, as well as the chance to fully customize your controls past the default setup. Additionally, players can pre-register for Warzone Mobile in order to earn some sweet in-game rewards once the game drops! We’ve explained how to do that in another article, so be sure to check it out if you want to learn more!

That’s everything there is to know about Warzone Mobile! Stay Frosty!

> Will Call of Duty Modern Warfare 2 Include a Zombies mode?