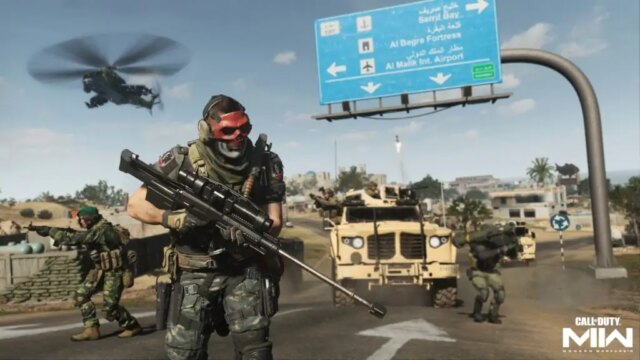 Playing first-person shooters from the comfort of your home with friends and family sitting next to you, playing on the same console has been a staple of gaming since the days of Golden Eye on the Nintendo 64, and has been such a way even up to recent memory.

With Call of Duty: Modern Warfare 2 releasing on October 28, players are obviously going to want to know if this new entry for the historic franchise will too incorporate or at least feature split-screen/local multiplayer in some way. Today, let’s explore if that’s going to be a possibility in Modern Warfare 2.

Though the Call of Duty: Modern Warfare 2 Early Access Beta is ongoing and does not feature split-screen local multiplayer, players will be happy to know that you will be able to play that way once the full game releases on October 28! It’s a great revelation, as this has been the norm in Call of Duty games for a long time now, and any change would most definitely throw up some red flags.

Currently, what game types that have been confirmed for having local or split-screen multiplayer are Spec-Ops and Multiplayer. This shouldn’t be a surprise, as these two choices have had split-screen in the past and are the usual suspects as such.

Unfortunately, there has yet to be any evidence of whether or not Modern Warfare 2’s campaign will include any sort of multiplayer aspect, local or online. In the past, there have only been two Call of Duty titles to include such a feature; World at War and Black Ops III, so it’s not an optimistic case to hold out hope for it to make an appearance in this new title.

To further that case, neither the original Modern Warfare 2 (2009) nor the recent series reboot, Modern Warfare (2019) had any sort of multiplayer past Spec-Ops or Multiplayer, so it’s not likely that multiplayer for the Campaign will have any chance of being implemented.

Related
How to Get Boiling Gland in Grounded

> Does Call of Duty Modern Warfare 2 Have Accessibility Options?

How to Play Split-Screen Multiplayer in Modern Warfare 2

That’s all there is to know on the matter of whether or not Modern Warfare 2 is going to have split-screen or local multiplayer!