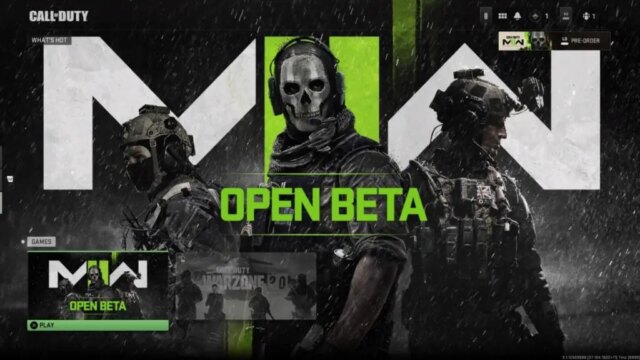 The Call of Duty: Modern Warfare 2 Early Access Beta has officially begun, with PlayStation players pouring into the lobbies and taking out the competition with the all-new improvements that come with this new era of CoD.

We’ve had a chance to play the Beta and have all the great information you need to know once you decide to take on the beta. It’s important to note that the only ones playing right now are those who pre-ordered the game for a PlayStation console, so all players across the other platforms are going to have a chance to test it out in the coming days too.

There’s a lot to take in during the beta, and we’ve managed to wrap our heads around everything you can test out in the beta, and have laid it all out below. Let’s check it all out!

there are exactly 22 weapons for players to use during the Beta, as well as the chance to choose Killstreaks and take a look at the vehicles that can be customized in the full release of Modern Warfare 2.

Here are all of the weapons available in the Beta:

There are 4 maps to play on during the Beta, all varying in size and gameplay strategy.

There are 4 modes to play, with the returning modes taking place in Quickplay, while the new ones have their own set lobbies. Though it’s worth noting that you can choose which modes you want in Quickplay as well.

There are two factions of Operators for players to play as and you’ll be able to select one from each side you’d like to play as when part of that faction in-game.

Everything Else in The Modern Warfare 2 Beta

Some other things players will see in-game are:

That’s all there is to know about the Modern Warfare 2 Early Access Beta! Stay Frosty!

> Call of Duty Warzone Mobile: How it Works, Release Date, Cross-Progression, Maps, and Everything to Know