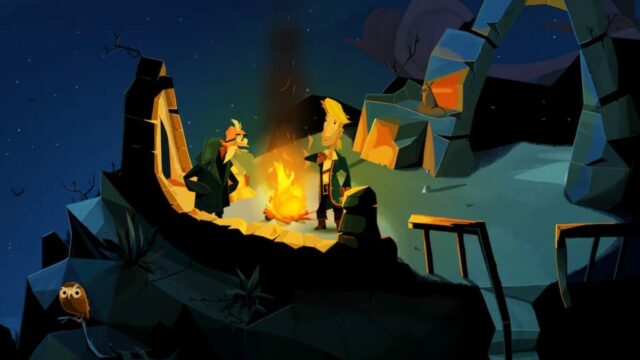 Ron Gilbert’s iconic point-and-click adventure series, The Secret of Monkey Island, returns with a direct sequel to the second installment of the franchise, aptly named Return to Monkey Island. After more than 30 years, longtime fans of the series were ecstatic to hear that two of the three original creators were working on the new title to deliver an experience full of witty humor, silly puzzles, and a constant flow of nostalgia. Return to Monkey Island released on September 19, 2022 for Nintendo Switch and Steam, and demands roughly the same amount of storage space for either platform. If you’re looking to make some room for another grand adventure with Guybrush, continue reading to learn how big Return to Monkey Island is, including file sizes for both platforms.

How Big is Return to Monkey Island — File Size Guide

What’s In Store For You In Return to Monkey Island

Return to Monkey Island picks up right where the second game, The Secret of Monkey Island 2: LeChuck’s Revenge, concludes. Guybrush Threepwood, still unsatisfied with never actually discovering the secret, returns to the original isle to continue his search. Players can expect to see tons of familiar faces and gags originally introduced in the 1990s titles, as well as references to the later titles that weren’t written by creators Ron Gilbert and Dave Grossman. Boasting a vibrant and stylistic art direction, Return to Monkey Island has a charm that even naysayers turned off by the art style can’t resist. It’s Monkey Island, and it’s written by the original creators – you’re gonna have a good time.

Return to Monkey Island is available now for Nintendo Switch and Steam. For the latest tips and guides, check out more from us at Surprise Sports.

When does Overwatch 1 Shut Down? – Answered

How to beat Seek in Roblox Doors

How to Get Buzz Wax in Slime Rancher 2

Advertisements
© 2021 Surprise Sports Private Limited - All Rights Reserved
We use cookies on our website to give you the most relevant experience by remembering your preferences and repeat visits. By clicking “Accept”, you consent to the use of ALL the cookies.
.
Cookie SettingsAccept
Manage consent