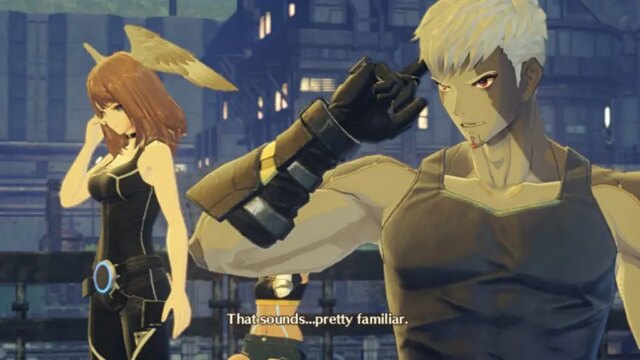 Eunie is one of the core party members in Xenoblade Chronicles 3, serving as one of the game’s original healer class characters. Eunie herself is an interesting character, as her angelic appearance clashes with her rough personality and foul language. But all that bluster hides a truly kind person, and Side Story: Eunie reveals just how caring she truly is. Not only that, but it also unlocks the full potential of her Medic Gunner class.

How To Start Side Story: Eunie

Once players have access to the City (in Chapter 5), they can activate the quest Side Story: Eunie. The group of children playing in a nearby park has information on clovers, a topic the party can discuss at the nearby City Center rest spot. After the party discusses Eunie’s clover collecting habit, Bolearis from Colony 4 will call the team with urgent news regarding Colony 5.

Colony 5 had recently attained Gold status, the highest rank any Colony can reach, but now they weren’t answering any messages. Other Colonies were even behaving as if Colony 5 had never existed. Bolearis asks the team to meet him at the Urayan Trail in the Pentelas Region to investigate the fate of Colony 5.

To get to Colony 5, players will need to navigate a high-level area of the Pentelas Region known as the Urayan Trail. Head north from the Engardo Pass Camp, past the spot where Smoldering Cammuravi and Silvercoat Ethel had their final battle. A large metal gate blocks the path forward, but a terminal to the right will open the way.

> Xenoblade Chronicles 3: How To Unlock The Incursor Class

Ahead is a large, unique Fornis enemy that’s in the high 40s, so make sure to prepare before heading into battle. There are several more platoons of enemy soldiers along the path before reaching the open part of the Urayan Trail. Keep heading west to find the quest spot, where Bolearis will join up with the main party.

The second part of Side Story: Eunie begins with Bolearis leading the team to the mouth of a cave called Loksa’s Cavern. The cave is narrow and filled with more monsters, so players should take care on their way through. About halfway in, a group of Kevesi soldiers will appear and immediately attack, triggering a brief battle. After whittling down their health a certain amount, the soldiers will break off their attack.

The group of soldiers belongs to Colony 5, but they’re fleeing their former home after a horrible attack that destroyed most of the Colony. Bolearis recommends escorting them out of the cave, which requires fighting through several elite-rank monsters on the way back to the entrance. Once outside, the team resolves to head back into the cave to discover what truly happened to Colony 5.

Navigate Loksa’s Cavern to reach Colony 5, a hidden outpost nestled within a ring of sheer mountains. The Colony is completely deserted, but Eunie discovers the strange, horrifying truth about this attack behind a row of tents. A Moebius is draining the life of a Kevesi soldier while a Consul watches on in glee. The Moebius behaves more like a beast than any other players will have encountered so far, while the Consul does all the speaking for the both of them.

> Xenoblade Chronicles 3: How To Unlock The Soul Hacker Class

She removes her helmet, revealing herself to be young with white hair and a purple, glowing scar across her face. She refers to herself as X and tells the party that she and her associate attacked Colony 5 because they had outlived their usefulness. The entire Colony ranking system was a ruse: achieving Gold status just means sacrifice at the hands of Moebius.

X taunts Eunie by accusing her of continuing to fight and play a part in their system, but Eunie states that she fights for her own reasons now. The following fight is the final boss battle of Side Story: Eunie against both Moebius L and Consul X. After defeating Moebius L, the battle ends with Consul X fleeing.

Now that the true purpose of the Colony ranks has been revealed, Bolearis says that he’ll let the other Colonies know of Colony 5’s fate. Once the quest is complete, players will also unlock the last ten levels of the Medic Gunner class.

The Medic Gunner is one of the more healing-focused Healer role classes, boasting multiple Arts that directly heal allies. This also makes it easier to charge up its Talent Art, as it can lay down a power-boosting field and heal allies at the same time.

Xenoblade Chronicles 3 is available now for the Nintendo Switch. For more on the game, check out the new Hero details and other content coming in Wave 2 of the Expansion Pass.

How to Get Primordy Oil in Slime Rancher 2