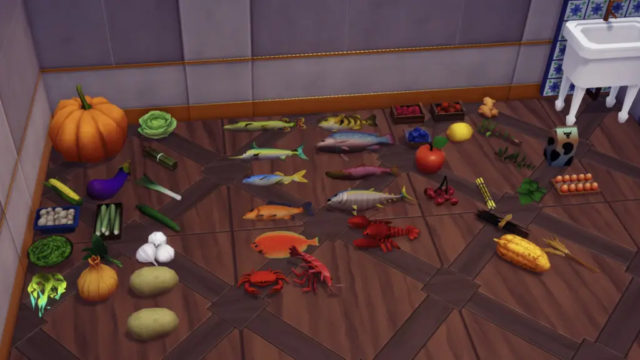 Did you know that Scrooge McDuck is actually TERRIBLE? He’s even more of a crook than Tom Nook. We knew he’d be terrible since the duck literally jumps in a pool of money and dislikes his nephew, Donald Duck. It’s unfortunate that Scrooge values people based on how much money they’re willing to spend in his overpriced furniture store. If you’re pretty deep in the game you’ll realize that you’re going to need to spend a lot of money. Whether it’s to fix stalls, expand your inventory, upgrade Remy’s restaurant you’ll need cash. Playing the game we’ve found the ultimate way to make money and it involves farming. Lots, and lots, of farming. Here’s how to farm eggplants so you can get rich quick in Disney Dreamlight Valley.

Eggplant Method to get rich quick in Disney Dreamlight Valley

You may have heard carrots and tomatoes are the best ways to make money in the game. We’re here to tell you it’s not the only way and it’s not the best way. It’s probably decent if you’re just starting out, but our method, will make you lots of coin. The biggest tip we want you to implement when farming is to make sure you have a friend who gives you a gardening bonus. If you have a level 10 best friend they’ll be giving you additional produce and you need it. The only item we want you to focus on buying? Eggplants. You need to buy eggplants bulk (99), or more, for about 9 grand. Don’t worry, you’ll make it up.

Where to find Eggplant seeds in Disney Dreamlight Valley?

Eggplants can be found in Frosted Heights at Goofy’s Stall, so unlock this zone sooner rather than later. You’ll need about 10,000 dreamlight to unlock the zone, but once it’s unlocked, it’s time to make money. Egg plants sell at Goofy’s Stall for about 308 coins.

Related
All New World Hemp Locations: Where to Find Hemp in New World

How to Make Money using Eggplants in Disney Dreamlight Valley

The method is simple enough. Have a friend with a gardening boost join you. Head to Frosted Heights and purchase 99 eggplants. This will roughly cost around 9 grand, but so worth it. If you can buy more always do so. After you have your produce, you need to have your Disney friend join you that has the gardening buff. Plant all of your inventory of egg plants and wait until they have grown. Once they have grown harvest them and obtain all the extra ones your friend gives you. Depending on how many you sell, if you sell just 99, you can make up to 79k star coins. That’s a lot of coins!

We’re covering everything about Dreamlight Valley. For more updates on Dreamlight Valley and quest guides be sure to follow Surprise Sports. We post daily news, game guides, and codes for popular and upcoming games.