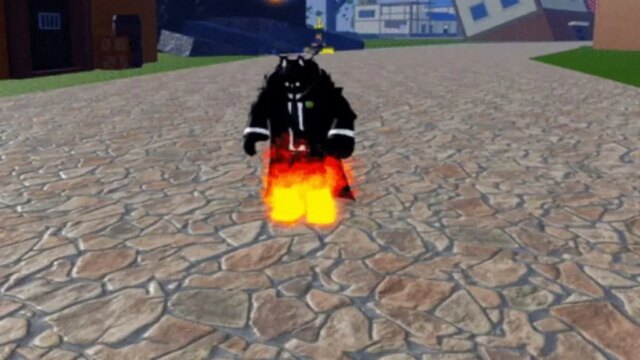 In One Piece, Sanji’s culinary and martial instructor was “Red-Leg” Zeff. Zeff got his epithet during his time as a pirate captain because his furious kicking style was so deadly that it would often leave his shoes coated in the blood of his enemies. That’s the kind of kicking power you should be thinking of if you’re planning on taking up the Death Step in Blox Fruits. Here’s how to get Death Step in Blox Fruits.

How To Get Death Step In Blox Fruits

Death Step is a fighting style in Blox Fruits, a direct evolution from the baseline Dark Step fighting style. Death Step offers all of the same general abilities as Dark Step, but deals exponentially more damage and inflicts various effects and status ailments.

To learn Death Step, you’ll need to prepare four things. First, you’ll need a lot of currency, 5,000 Fragments and 2,500,000 Beli to be precise. Secondly, your mastery of the Dark Step style needs to be at 400 at the minimum. Finally, and this is the hard part, you need the Library Key, used to open the Library in the Ice Castle. The Library Key has a 10% chance of dropping from the Awakened Ice Admiral, also found within the Ice castle.

Once you’ve got everything you need, use the Library Key to open the Library, located on the right side of the Ice Castle’s entrance hallway. Within the Library, you’ll meet an NPC named Phoeyu, the Reformed. Assuming your Dark Step mastery is high enough, you can pay Phoeyu the 5,000 Fragments and 2,500,000 Beli to learn the Death Step style.

The Death Step does take a lot of work to gain access to, but once you do, it ranks up there as one of the most powerful physical fighting styles in the entire game. More than worth the effort, I’d say.