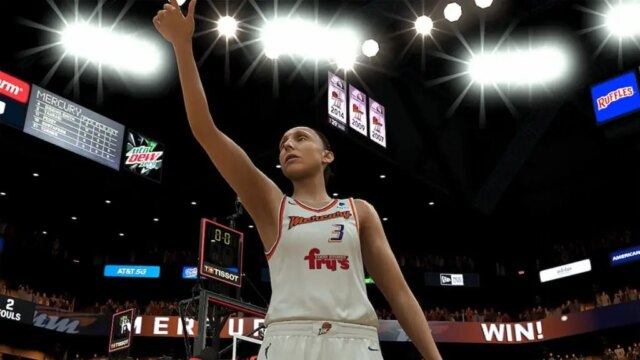 Numerous factors can impact your ability to consistently knock down shots in NBA 2K23. Although, perhaps nothing can affect your shooting more than hot zones. As a cold zone can cause a seemingly easy shot to bounce out and end up in the hands of the defense. While a hot zone basically ensures that every bounce goes your way and the majority fall through the mesh.

In this guide, we will explore how to get hot zones in NBA 2K23.

Simply put, hot and cold zones in NBA 2K23 are a system that lets you know where on the court your player is having success shooting the basketball. They also act as a type of momentum for your player, as you’ll find that more shots will go in when you’re in a hot zone. While fewer shots will fall through when taken from cold zones.

As a player finds more success shooting from a specific spot on the floor, that area will eventually be deemed a “hot zone”. As a result, they’ll now have a greater likelihood of knocking down shots from that area, acting as a sort of feedback loop.

In NBA 2K23, there are fourteen total zones on the floor; five that make up the areas outside of the three-point line, and nine to fill out the interior of the court. Hot zones will be represented with the color red, while cold zones will appear blue, and zones that are neither hot nor cold will be grey in appearance. Indicating that the player will receive no boosts or penalties for shooting the ball from that area.

To get hot zones in NBA 2K23, all you need to do is make shots consistently within a specific area on the court. Players can look at their shot chart mid-game by finding the “Shooting Breakdown” tab within the pause menu. It will be under “Game Stats” and then “Shot Chart”. Here’s where you can view where on the court a particular player is having success and where they are struggling to shoot the ball.

That’s everything you need to know about how to get hot zones in NBA 2K23. If you’re interested in more NBA 2K23 content, be sure to check out our guides section here at Surprise Sports. Where you can find loads of helpful information such as the top 5 playbooks to use in NBA 2K23 MyTeam.