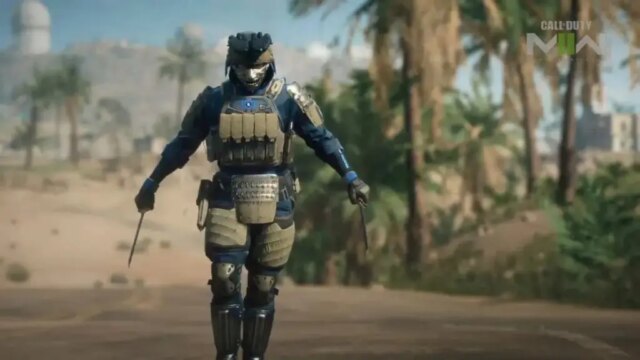 The Modern Warfare 2 beta is about to begin, with fans across the globe gearing up for what’s expected to be one of the best Call of Duty games to date. Outside of the new maps and game modes, PlayStation players will also be privy to some other exclusive content. Including access to the Operator Hiro “Oni” Watanabe on launch day.

In this guide, we will explore how to get the Oni Operator in Modern Warfare 2.

How to Get the Oni Operator in Modern Warfare 2

Inspired by Samurai warriors, the Oni Operator is painted as a confident and decisive fighter. One that can stride across the battlefield and utilize a variety of weapons to take out enemy combatants. The gold-on-blue Samurai-inspired armor he dons is also a fitting aesthetic given that it’s a PlayStation exclusive.

Related: Will Call of Duty: Modern Warfare 2 Include a Zombies Mode?

Also, if you manage to get this PlayStation-exclusive content, you’ll also be able to access it in both Modern Warfare 2 and Warzone 2.0. Meaning you can show off your new Operator to other players in Call of Duty: Warzone as well.

That’s everything you need to know about how to get the Oni Operator in Modern Warfare 2. If you’re interested in more Call of Duty content, be sure to check out our guides section here at Surprise Sports. Where you can find loads of helpful information such as how to claim and upgrade the Wind Staff on Origins in Zombies Chronicles or how to fix Error Code 38 in Warzone.