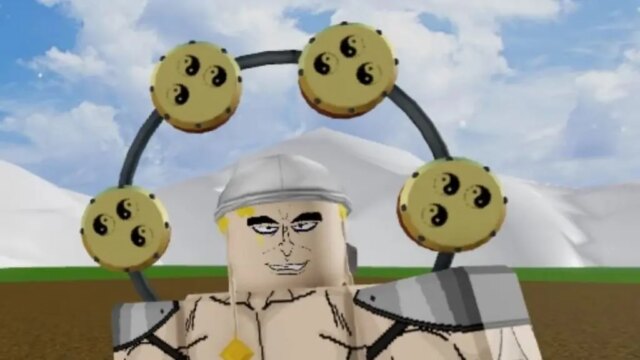 Despite not having appeared in the One Piece manga in 20 years, Enel is still one of the most iconic villains in the series. A big part of that is his distinctive design, reminiscent of a Japanese thunder deity, and a big part of that is the ring of taiko drums on his back. If you want to look a little more like Enel, then here’s how to get the Tomoe Ring in Blox Fruits.

How to Get Tomoe Ring in Blox Fruits

The Tomoe Ring is an equippable accessory in Blox Fruits. When worn, you have the same metal ring of taiko drums on your back that Enel/Thunder God has inexplicably jutting out of his own back. As for practical effects, it unfortunately won’t let you summon lightning, but it does give you a passive +10% to any damage dealt with Blox Fruit abilities.

> All Islands, Locations, and Level Requirements in Roblox Blox Fruits

Once you’ve got the required stats and cash, visit the second island of the Skylands. Climb up to the top of the church on the island, and you’ll find an NPC named Yoshi. As long as you’re strong enough, he’ll be willing to sell you the Tomoe Ring for 500,000 Beli.

If you’ve got the cash to burn, the Tomoe Ring is fairly handy for early Fruit ability mains, at least until better items like the Black Cape come along. And if you take your shirt off and try really hard to look like a jerk, you’ll look just like Enel!

Related
Why is Overwatch 2 Queue so long? And how to get ahead in Queue