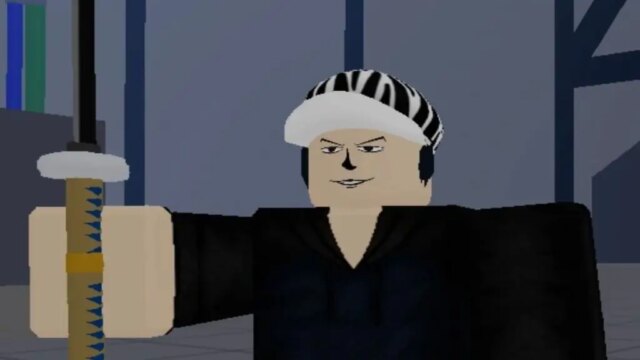 Trafalgar Law is one of the strongest recurring pirates in One Piece. Thanks to his skill as a doctor and surgeon and the power of the Op-Op Fruit, he can freely slice, alter, and manipulate anyone or anything in his proximity. He’s a great guy to have as an ally, and a not-so-great guy to make an enemy of. If you’re looking to do the latter for some reason, then here’s how to play a Law Raid in Blox Fruits.

How to Law Raid in Blox Fruits

Law is known as “Order” in Blox Fruits, but we all know it’s him. The hat’s a dead giveaway. Anyway, Law is one of the game’s Raid Bosses, and you can fight him in the Secret Laboratory on Hot and Cold Island. To do this, though, you’ll need to obtain a specific item.

To access Law’s Raid, you’ll need to find an NPC named Arlthmetic on top of Smoke Admiral’s castle on the Hot side of Hot and Cold Island. He’ll sell you a Microchip for 1,000 Fragments. As a reminder, Fragments are a secondary currency from Beli used primarily in the second and third seas. You can get it by defeating Raid Bosses and particular enemies if you’re on associated quests.

After you’ve purchased the Microchip, visit the large, stony cliff on the Hot side of Hot and Cold Island. You’ll know it when you see it, there’s a big cauldron of lava hanging off of it. At the very top of this cliff is a small, secret door that leads to the Secret Laboratory. You’ll find one dark blue pod and four light blue pods. If you’re bringing friends along (and you should), have them enter the light blue pods, while you enter the dark blue pod. Press the green button, and you’ll be moved to the fight arena where Law is waiting.

Related
All Recipes in Tower of Fantasy

Law has five moves in his playbook:

Law’s moves can hit just about anywhere within his sphere of influence, but if you can stay out of that sphere, or better yet, stun him to prevent him from opening it, he’ll be wide open for punishment. Use Observation to escape his attacks, then lay into him afterward.

Defeating Law has a chance to yield the Zebra Cap, Koko, or Core Brain items. Don’t even act like you don’t want to wear that hat.