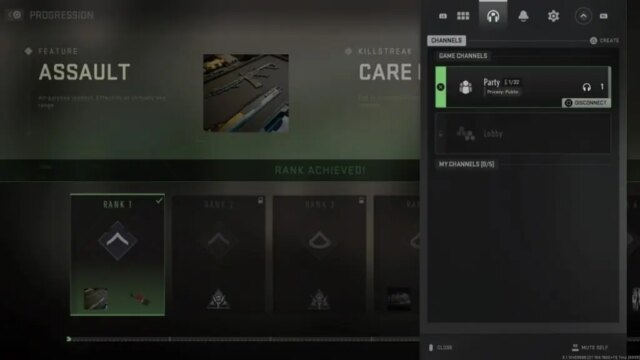 Something that’s always played a big part in Call of Duty as an experience is the voice chat. For better or worse, Call of Duty is one of the games where player interactions have always been something that’s woven into the fabric of its being. Though it can most definitely get toxic quickly, there are often times when player camaraderie glistens above the mom jokes and other abhorrent chatter.

Modern Warfare 2 seems to be really improving voice chat across the board though as it’s easier than ever to control everything, allowing you to bounce back and forth between game and party chat, muting specific or all players, even yourself. Today, let’s explain how voice chat works in Modern Warfare 2.

When it comes to voice chat in Modern Warfare 2, there’s been a total reworking of how you can access it, though you can still do so the same old way you have before. This time around, voice chat is handled through what are called “Channels”. There are a few different Channels that players can speak through, which we’ll explain below. Let’s jump into it!

Related
What is the Burning Cells Mod in Destiny 2?

That is all there is to know about voice chat in Modern Warfare 2! Be sure to take advantage of it during the Modern Warfare 2 Beta which is ongoing ahead of the game’s October 28 release!