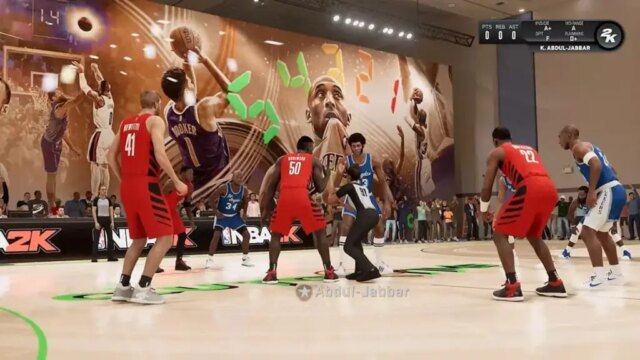 With how high-powered modern NBA offenses are, having a dominant interior force that can prevent easy buckets is paramount. Maybe you’ve reached a point in NBA 2K23 MyTeam where the matches are getting more difficult, and you need a strong center to lock up the middle of the court. Or perhaps you just need a reliable center to complete your already elite starting lineup. Regardless, you should find a solution below.

In this guide, we will explore the top 5 best centers in NBA 2K23 MyTeam.

Whether you’re looking for a massive 7-footer to be the focal point of your offense, or just a strong budget center to complete your lineup. Knowing what your options are and which players to target at the center position is a vital part of managing your MyTeam in NBA 2K23.

To give you an idea of who you should target, we’ve laid out a list below of the top 5 best centers in NBA 2K23 MyTeam from most difficult to easiest to get. This will help to determine how quickly you can obtain these cards, and implement them into your starting lineup.

That’s everything you need to know about the top 5 best centers in NBA 2K23 MyTeam. If you’re interested in more NBA 2K23 content, be sure to check out our guides section here at Surprise Sports. Where you can find loads of helpful information such as how to become a starter in NBA 2K23 MyCareer.