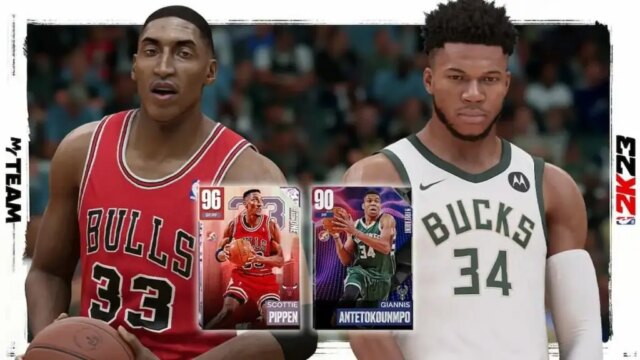 Power forwards are typically the most athletic and versatile players on the court in NBA 2K23. As they need to play both inside and outside of the paint on offense, set screens, run the floor, and help defend the interior on defense. As a result, finding an elite PF to headline your MyTeam could create some brutal mismatches for you to exploit.

In this guide, we will explore the top 5 best power forwards in NBA 2K23 MyTeam.

With how deep the small forward position is and how crucial centers are, it can be easy to overlook the importance of having a quality power forward in your lineup. That being said, these are often the most sought-after cards in MyTeam thanks to their versatility to play multiple positions on both ends of the floor.

To give you an idea of who to target, we’ve laid out the following list ranking the five best power forwards in NBA 2K23 MyTeam from most difficult to easiest to get. This will help to determine how quickly you can obtain these cards, and implement them into your starting lineup.

That’s everything you need to know about the top 5 best power forwards in NBA 2K23 MyTeam. If you’re interested in more NBA 2K23 content, be sure to check out our guides section here at Surprise Sports. Where you can find loads of helpful information such as how to increase teammate grade in NBA 2K23 MyCareer.