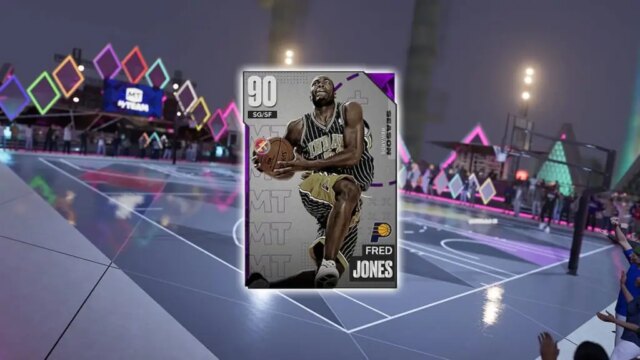 In NBA 2K23, the shooting guard is relied on to be one of the team’s premier scorers and secondary ballhandlers. Meaning they not only need to be able to keep possession of the ball, but also shoot and score the ball consistently. They also tend to guard the other team’s best backcourt player on defense. As a result, the shooting guard you choose for your MyTeam is one of the most important decisions you’re going to make in NBA 2K23.

In this guide, we will break down the top 5 best shooting guards in NBA 2K23 MyTeam.

Despite often being overlooked compared to the point guard, no team would be complete without a quality shooting guard. They help to space the floor out on offense and are often relied on to make a play in crucial moments of the game. Just think of guys like Michael Jordan, Kobe Bryant, Allen Iverson, and Dwyane Wade. These are some of the greatest closers in NBA history and they were all shooting guards.

The following list ranks the best shooting guards in NBA 2K23 MyTeam from easiest to most difficult to get. Which will help to determine how quickly you can obtain these cards, and implement them into your starting lineup.

Related
How to Make Fiddlehead Pie In Tower of Fantasy

That’s everything you need to know about the top 5 best shooting guards in NBA 2K23 MyTeam. If you’re interested in more NBA 2K23 content, be sure to check out our guides section here at Surprise Sports. Where you can find loads of helpful information such as how to become a starter in MyCareer or how to call a screen in NBA 2K23.