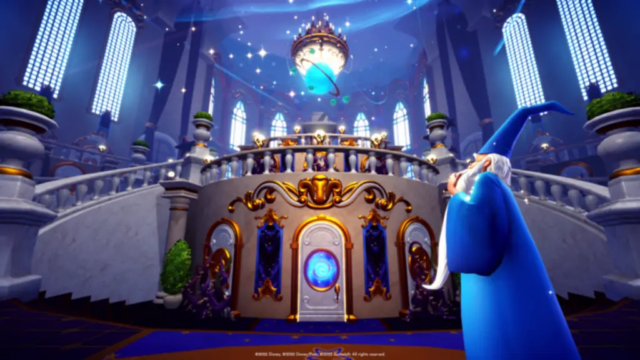 One of the most beloved genres amongst gamers who enjoy a peaceful, immersive experience has to life-sims. Bringing a cozy, nonchalance to gaming, life-sims give players the power to build a second life for themselves in wonderous, often times magical places. No other place can truly embody that magical feeling the way that Disney can. So what better game to have a life-sim set than in a Disney universe?

Gameloft’s Disney Dreamlight Valley, even in its current early access form is a beautiful, cohesive experience that truly captures the joys of Disney and the life-sim genre, creating a place that players will never want to leave. Even with flourishes of live-service elements, this game feels like an expertly executed project that will resound with fans of both Disney and this genre of game.

From the start, Disney Dreamlight Valley does its best to make you feel transported to a Disney world that is new yet feels oddly familiar. Its world exudes a cohesive style that pairs perfectly with all of the characters from Disney’s many IPs, no matter who the original design studio was. Whether Pixar or Disney Animation Studios, there’s a strong bond that brings the world to life through design and color.

Not to mention the fantastic scores that sweep this game. Whether original Disney-esuqe wandering around kind of music or beautifully done, new renditions of songs like “How Far I’ll Go”, from Moana, it feels as if you’re in some kind of Disney dream. But, the best kind. It makes you feel like a kid again, creating a place that you really never want to leave.

Related
Return To Monkey Island: How To Join LeChuck’s Crew

The Gameplay Loop That Keeps Giving

Another aspect of what keeps you engaged as a player is the finely-tuned gameplay. Similar to other life or farming sim games, you’ll spend a lot of time foraging for fruits and vegetables, mining for gems, fishing for, well, fish, and even crafting your own furniture and goods. It’s a game that commands you keep continuing your journey, and it’s rewarding at every turn.

Nothing in Disney Dreamlight Valley feels truly unattainable or difficult, as the game rewards you in the meantime. There are your main story quests but then you have side quests, daily duties, and a collection of items to find which makes the time in-between one thing from the next feel as if there’s never a real lul. You aren’t bored or grinding to trek on.

Quests themselves are incredibly fun to do, as most times you’ll be interacting with some of Disney’s greatest characters, carrying out missions to collect or create things that actually further the gameplay, even if cloaked under the guise of something more story-driven.

The game’s world also feels cock-full of places to go and people to see, all wonderfully created to entice players to explore them further. Espectially once you begin to unlock different areas of the main world or venture to other Disney characters’ Realms, the temptation to go off the beaten path is always waving you over.

This is only made even more difficult to ignore once you factor in the great rewards that await at every single corner. The sheer amount of fantastic clothing and furniture items is kind of ridiculous. That alone had me addicted, as I really want to collect as many item as i could during a session before putting it down. It’s definitely one of those games where you’ll say, “Oh, just five more minutes”, and then that turns into an hour.

Related
Will Call of Duty Modern Warfare 2 Include a Zombies mode?

Creativity and Uniqueness Have A Playground

Something that I truly love this game for is the amount of creativity that it gives players. From the world around them to their own character’s body, you are in control. It’s a refreshing take to see, and Gameloft really did a fantastic job of allowing players to go all out.

The customization of the world is far more than I had originally thought it would be. Though you can of course do things like furnish your house with items you collect along the way and renovate the building entirely, you can also totally move around buildings throughout the world, making it your own Disney world.

But if that was already enough, the game stuffs even more yummy surprises down your throat by allowing you full control over the character you want to be In Disney Dreamlight Valley. Though there could be more inclusive body types for plus-sized folks, Gameloft did a decent job by trying to incorporate several body types that loosely depict most sizes.

Though the thing that felt most important to me was the fact that Dreamlight Valley allows players to dress their character the way they want, no matter the gender. It really makes me wish that Gameloft helped develop more games because something like this is needed more.

Not only that, but you can even design your own clothes as well using Motifs that you can find in-game. It’s similar to emblem creation tools like you;d find in older Call of Duty games. You’re basically stamping photos on clothes or designing them with paint tools, but it just works so well.

Being A Live-Service Game Feels Right

Though I typically don’t associate live-service elements with life-sim games, it oddly works in this game’s favor as, at least currently, they don’t feel like they get in the way. There’s currently a season pass, but besides that, there’s nothing more to speak of. I’m assuming that eventually we’ll see clothing items to purchase and possibly expansion for other Realms, but even then, it’s not that big of an ask as you don’t have to buy into it.

An area where this game’ live-service element actually serves as an iconic moment for players is in its cloud-service which allows you to take your save progress with you no matter what platforms you play on. It has been a dream to be able to swap from my Nintendo Switch over to my Xbox and vice-versa. Though we’ve seen this type of thing in multiplayer games like Fortnite or Call of Duty, there has never really been a feature like this in a life-sim game or even something that’s focused on a single-player experience.

Gameloft continues to prove that they had a clear vision when putting this game together and that they were able to deliver on it on hundred percent. As a Disney Adult and someone who enjoys a good life-sim, I am over-the-moon that this game succeeded, as it’s totally stolen my attention away from just about every other game to play right now, and I wouldn’t change that at all.

If you’re wondering if this game needs to leave early access before you jump in, I’d say to take the dive because you won’t regret it. Espectially if you’re on Xbox and have Game Pass, download it because you’re missing out otherwise. You literally have nothing to lose.