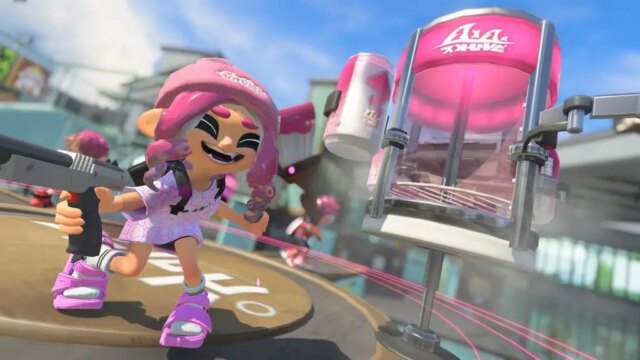 Splatoon 3 has quite the sprawling community of players, from hardcore rankers to ambitious fan artists. It’s a fun scene to lose yourself in, but as with any other online community, there are certain unwritten rules of conduct and class. If you’re new to this community, you’d do well to learn these tenets to help ensure everyone has a good time. Here’s a guide to online etiquette in Splatoon 3.

The unwritten rules of the Splatoon community vary a bit depending on who you ask, but generally speaking, the following tenets are more-or-less agreed upon by the majority of players:

New Splatoon players have a tendency in Turf Wars to immediately rush out of their spawn to start inking the center of the stage. This isn’t a great idea, though, as leaving your base un-inked could end up costing you the match. When the match starts, spend a few seconds sweeping your base with your ink to properly mark your territory before running into the fray.

The game tells you that the point of Turf War is to cover as much of the stage in your ink color as possible, but this is a bit misleading. Something new players don’t realize is that only the floor of the stage counts toward your score. Walls and objects like trees don’t count. You should only be inking walls you need to climb up; otherwise, focus on the floors.

The “Booyah” command is meant to be used to signal victory or accomplishment, as well as a universal sign of positive things like “good game” or “let’s have fun.” When someone on your team performs a Booyah, don’t just leave them hanging, Booyah back. It takes half a second and lets them know you acknowledge them.

Everyone in matchmaking, be it for Turf Wars or one of the competitive game modes, is looking to win the game. If you’re just looking to fart around and do nothing, go to Recon mode or start a private battle with friends. If you’re in matchmaking, you stay on objective and play the game properly. This goes double during Splatfests.

“Squidbagging” is when a player splats another player, then runs over to where they were and rapidly switches between squid and kid for a few seconds. It’s the Splatoon version of teabagging, and much like teabagging, it’s rude and entirely unnecessary. Don’t be a jerk.

> How to Play Salmon Run Splatoon 3: Stages, Bosses and Features

I’m fully aware of how disheartening it can be to be fully aware you’re not going to win a match while there’s still a minute on the clock. Even so, though, you need to play through to the end. If you throw the game, you’re doing yourself and your teammates a disservice, and if you disconnect, you’ll end up scuttling the whole game for everyone, not to mention land yourself a temporary ban.

Splatsville is full of posts from creative users. These posts are regulated and monitored by Nintendo, but they can’t always catch everything, which means some nasty images can slip through. Remember, kids are playing this game, so mind your Ps and Qs. Things like jokes, memes, or fanart are all fine (encouraged, even!), but refrain from posting things like smut, inflammatory comments, and politics. No one wants to see that stuff.

Learning the dos and don’ts of Splatoon 3 conduct helps to ensure that both you and everyone you play with have a good experience with the game. The Turf War may be a competitive sport, but we’re all here to have a good time.