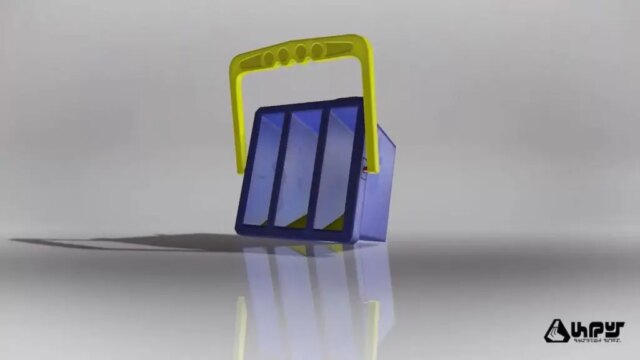 In every recorded instance of a water fight in human history, there has always, unfailingly, been that one kid who brought a bucket with him. Maybe he lost his water gun, maybe he couldn’t afford one, it doesn’t matter. He brought a bucket to a gunfight, and by gum, it worked. This inexplicable fighting style lives on in the world of Splatoon 3. Here’s a guide to using Sloshers in Splatoon 3.

Sloshers are… well, exactly what they look like. Big ol’ buckets full of ink. Crude, but effective. Every pull of the trigger swings the bucket, launching a small wave of ink in the direction you’re facing. The gimmick of Sloshers isn’t in their base capabilities, but rather in the type of Slosher you’re using, which are surprisingly diverse.

The standard Slosher philosophy is “all ink or no ink.” Hurling a wave of ink at someone obviously deals a lot of damage, making them good offensive weapons, and the amount of ink that flies out is also great for covering turf. There are few things as satisfying as dumping a Slosher’s contents on an unsuspecting rube from on high.

However, much like the proverbial kid with a bucket in a water gun fight, Sloshers are a bit unsustainable. A Slosher can burn through an entire ink tank in just a few shots, necessitating frequent refills. The kind of Slosher you’re using also has a big effect on your placement in combat; regular and Tri-Sloshers need to get up close to use, while the Bloblobber and Explosher can be used safely from further away.

Related
How to Make a Flashy Pass in NBA 2K23

Out of all of the Slosher variants, the most highly regarded are the Sloshing Machine and the regular Slosher. The Sloshing Machine, thanks to its trailing vortex, is an absolute monster in the damage department, while the regular Slosher can completely coat a large swath of turf in remarkably little time. In both cases, the relative simplicity of Slosher mechanics also makes them great weapons for beginners.

If you’re coordinating gear for a Slosher build, try these abilities:

It may be a bit uncouth to bring a big ol’ bucket to a water gun fight, but there’s a reason that little tidbit of history keeps repeating itself: because it works.

Who Is Lisa in Phasmaphobia?

How To Get Stan His Toothbrush In Return To Monkey Island

All Lab Locations in Grounded: Oak, Hedge, and Haze Labs