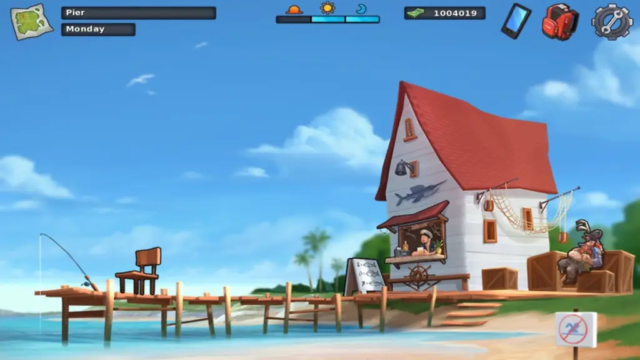 Summertime Saga is an adult visual novel dating sim where every choice you make matters! If you loved playing Summertime Saga and are sad it’s over, try playing any one of these 8 games like Summertime Saga! All of these games are adult dating sims that only people over the age of 18+ should play.

Thankfully, the new town you’ve moved to is full of people who are very nice and almost a little too welcoming, and are all jumping at the chance to get to know you better. This game may just be another dirty dating sim, but it surprisingly has a lot of detail added to it; there are multiple unique endings to the game, everyone you meet has mysterious powers, and even the town you’ve moved into is completely shrouded in mystery!

Tame It! is, undoubtedly, unlike any other dating sim you’ve played before. This game is entirely run by emojis! Tame It! is a dating sim with (nearly) zero dialogue; you play the entire game, including performing actions, interacting with NPCs, and producing “dialogue”, using various emojis. Despite the emoji-based gameplay, this game is actually quite detailed, and is very similar to Summertime Saga.

You play as a stranded survivor on a deserted island who has to forage for food and other resources to stay alive, which doesn’t sound very sexy, but stay with me on this one. You’re stranded on an island full of sexy (and dangerous) creatures! These savagely sexy creatures look like human women with very noticibly unique attributes; download Tame It! today if you’re interested!

Related
How To Fix Overwatch 2 Friends List Not Showing Up

This game is exactly what you think it is! All you need to do is read the title of this game to know exactly what you’re getting into with this dating sim. Despite the somewhat silly premise of the game, Waifu Academy is actually strikingly similar to Summertime Saga.

Just like in Summertime Saga, the protagonist is trying to juggle finishing highschool, fighting back hordes of women, and investigating his father’s shady murder! This game is filled to the brim with sexy characters (over 30 in total!), but that’s not all this game has to offer. Waifu Academy is also dripping with harrowing secrets and dark mysteries; if the boobs don’t keep you engaged, the mystery surely will!

Crusoe Had It Easy

If you’ve played Summertime Saga, then you’re no stranger to taboo relationships and situations, which means you’ll have no problem playing this twisted game! This game, like Tame It!, takes place on a deserted island; unlike Tame It!, however, this game gets dark and weird fast (no sexy creatures in this one, sorry folks). The protagonist is a young male who ends up stranded on a desert island with his cousin, Sophie (yeah it’s a cousin dating sim, if you’re a normal person who is repulsed by that kind of thing, it’s probably better that you don’t play this one).

This game has seven total endings, with only a few of them being good. You have to fish, forage, and build shelters with your cousin to survive, all the while being a completely normal person with completely normal urges that have nothing to do with the fact that your cousin is constantly in a tiny bikini. Seriously though, this game is not for the faint of heart, or even the not-faint of heart; if you want to play a game that’s similar to Summertime Saga but also really messed up, try playing Crusoe Had It Easy.

Coming Out on Top

In Coming Out on Top, you play as a college senior who has just come out as gay, and feels like he’s come out of the closet too late in life. Now, he’s trying to “make up for lost time”, which his many conveniently gay and attractive friends are all too willing to help him with! This game, surprisingly, has six different unique endings, and it even has a secret ending that you can achieve!

Monster Prom is a classic dating sim that’s only grown more and more popular since its release in 2018. This game truly has it all: weirdly sexy monsters, absurdly hilarious situations, and highschool! If you feel like your own highschool experience didn’t have enough monster-dating in it, try downloading this game and giving it a whirl!

In Monster Prom, you play as a student just trying to make their way through the final phases of highschool, until you realize prom is only three weeks away! With only three weeks left to prepare, you have to scramble to find a suitably monstrous date to attend the dance with. Suitably seduce your scary sweetheart in time or else you’ll have to experience the worst fate a highschooler can possibly endure: going to prom alone!

Ladykiller in a Bind

Related
How to Make Mint Chocolate in Disney Dreamlight Valley

In Ladykiller in a Bind, you play as a young woman whose male identical twin has manipulated you into a bit of a tight situation. You must crossdress and pretend to be a dude for an entire week on a cruiseship, just so you can win a local popularity contest. Going through an experience like that may not seem worth it for a simple contest, but the prize for winning the contest is 5 million dollars in cash! There’s not much any of us wouldn’t do for that kind of money; pretending to be the opposite gender to seduce random women on a boat for a week seems almost too easy!

In Amber’s Magic Shop, you play as a cute little elf named Amber, who runs a magic shop (if you couldn’t guess). Amber is an alchemist with a love for potions, magic, and romance! As Amber, you’ll have a decidedly difficult time not falling in love with literally every person who walks into your shop, whether it’s a man, woman, or vaguely humanoid creature. This dating sim has the added benefit of also being a crafting simulator, so if the romance and the saucy situations aren’t keeping you engaged, just focus on making magic potions!

As long as you’re 18+ and have a cold shower ready, playing these games should be no problem! Steam has thousands of dating sims at your disposal, so if you don’t find what you’re looking for on this list, just check out Steam’s massive reservoir of saucy sims!