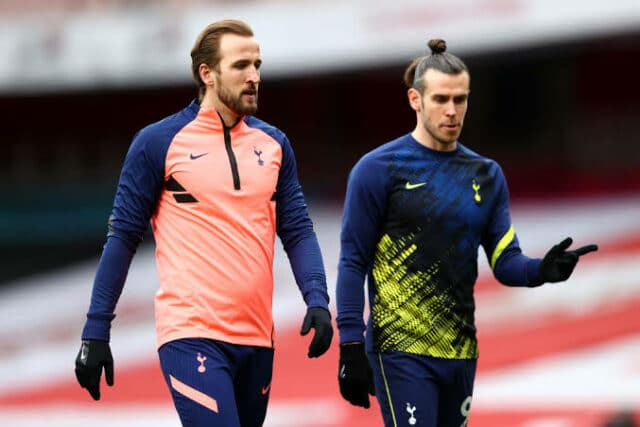 Harry Kane and Gareth Bale will be at the forefront of inclusion campaigns for same-sex couples in the 2022 FIFA World Cup in Qatar. The England and Wales Captains will join nine other World Cup captains to protest discrimination against same-sex relationships.

The 2022 World Cup in Qatar will be tinged with bits of activism as some countries prepare to take the battle for the inclusion of same-sex couples to Qatar. The English FA and nine other Football Federations are preparing to turn Qatar World Cup stadia into the protest stage against all forms of discrimination against same-sex couples.

The legality and acceptability of same-sex relationships have obviously divided the globe into conservatives and liberals. Some western countries such as the UK, France, and Germany have legalized same-sex marriages. Others, including Qatar, strongly oppose all forms of sexual relationships between the same gender.

Lesbian, gay, bisexual, and transgender people (LGBT) face many challenges navigating Qatari society, unlike non-LGBT persons. It is illegal to be an LGBT person in Qatar. Punishments range from five years imprisonment, fine, and death sentence.

Apart from legal instruments to regiment sexual life in Qatar, prevailing cultural mores throughout the Qatari society view same-sex relationships negatively and do not hide their abhorrence.

In 1998 an American Citizen who paid a visit to Qatar was sentenced to six months imprisonment and received 90 lashes of strokes for homosexual activity.

King Luxy, an Instagram celebrity from Poland, was arrested in 2016 for being a homosexual. Numerous cases abound where the Qatari government and people have demonstrated their rejection of same-sex relationships.

FIFA on LGBT Rights And How The Protest is Planned

The Federation of International Football Association, FIFA, the world’s football governing body, has reiterated its stand against all forms of discrimination against same-sex couples. FIFA preaches inclusion and encourages member countries to take drastic measures to end discrimination against LGBT communities.

The 2022 World Cup in Qatar is seen as a golden opportunity to send a message to other member associations in Qatar on the issue of discrimination against same-sex couples.

Protesting the criminalization of same-sex relationships in Qatar, the captains of eight countries that have qualified for the 2023 World Cup will wear One Love campaign armbands during World cup matches to express solidarity with the LGBT community.

The English FA, including Sweden and Norway, who have not qualified for the World Cup, will join the protest. FA Chief Executive has assured England fans that they will not be arrested holding hands in Qatar. The two captains that will be leading the campaign are England’s Harry Kane and Wales’ Gareth Bale.

“As captains we may all be competing against each other on the pitch, but we stand together against all forms of discrimination.

“This is even more relevant at a time when division is common in society. Wearing the armband together on behalf of our teams will send a clear message when the world is watching.”

“It’s wonderful to see the nations unite to support the OneLove campaign as we stand together against all forms of discrimination.

“We know the world will be watching us and this campaign emphasises that everybody in football has at least one thing in common; their love for the game. By working together we can send a unified message that we are against any form of exclusion and discrimination.”

The Qatari government is yet to respond to this planned move to solder protests to the 2022 World Cup. It is still unclear whether the protest will cause a shift in paradigm in Qatar.

However, speaking to the UN Assembly on Tuesday, Sheikh Tamim bin Hamad al-Thani, the Qatari Emir, maintained that “Qatar will open its arms to football fans across the globe to enjoy the matches.” How far the conservative Asian state will follow this up, remain unknown.