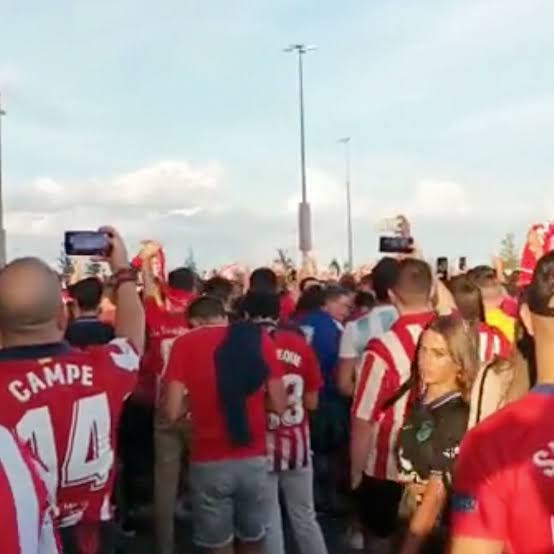 Atletico Madrid fans yelled racist abuses at Real Madrid youngster Vinicius jr before the Madrid derby at the Metropolitano Stadium on Sunday. The fans were spotted in huge numbers outside the Metropolitano stadium before the match chanting racist remarks in Spanish, saying, ‘Vinicius, you’re a monkey.’

It was not the best of scenes for football lovers worldwide as some Atletico Madrid fans lashed out at Vinicius jr with offensive and racist chants outside the Metropolitano Stadium just before the start of the Madrid derby.

The incident did not involve all the Atletico Madrid fans. Only a section of the fans gathered outside the Estadio Civitas Metropolitano ahead of the Derby match and could be heard singing a racist chant about the Brazil youngster.

Vinicius jr made headlines after the Chairman of Spanish Football Agents, Pedro Bravo made a comment on Spanish Television saying “Vinicius should stop playing the monkey and respects his teammates when he scores a goal.”

Pedro Bravo’s comments were met with a backlash and widespread condemnation by football fans and players worldwide who showed solidarity towards the Brazil youngster.

After the whirlpool of criticisms and condemnations, some Atletico Madrid fans repeated the same racist abuse that had attracted widespread criticisms over the weekend.

In a video published by Cadena Cope, which had gone viral on social media, the Atleti fans yelled;