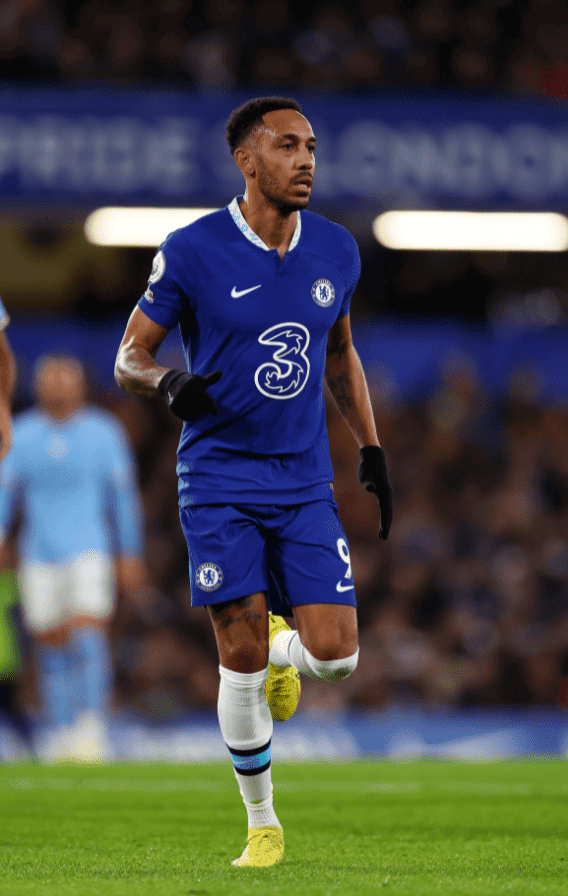 Aubameyang’s desperation is the result of his unsuccessful time at Chelsea. The former captain of Arsenal has had trouble securing a spot in Graham Potter’s team and is frequently left on the bench.

The striker may be on the verge of leaving the team less than five months after joining Stamford Bridge. But if he wants to play more football before the end of the season, his only transfer option is a trip back to Barcelona.

On the final day of the transfer window in September, Chelsea forked over £10.3 million to sign Aubameyang away from the Nou Camp.

However, the 33-year-old has struggled since making a comeback to the Premier League, scoring just three goals in 15 outings for the Blues across all competitions.

Since November, Aubameyang has not made a single start for Chelsea, and the addition of Joao Felix on loan will only intensify the battle for forward spots.

To play more frequently for the first squad, Aubameyang would be prepared to go back to Barcelona and play “nearly for free.”

According to a Spanish news source, Aubameyang knows it was ‘wrong’ for him to leave Barcelona in the summer and is prepared to forego his pay to come back.

With rumors that he was considering a return to Barcelona if Memphis Depay left the team, he had been looking for a way out.

After his poor performance against Manchester City on January 5, he felt a little ashamed.

He started Chelsea’s match against Manchester City on the bench, but after just five minutes Raheem Sterling had to leave the field due to injury.

Omari Hutchinson was chosen by Potter to take the striker’s position in the second half as Potter was unimpressed with his performance.

Aubameyang was therefore excluded from Chelsea’s lineup for their January 8 loss to City at the Etihad Stadium (4-0).

Following his performance during the week, many believed Potter had dropped Pierre-Emerick Aubameyang. The Chelsea manager, though, refuted this allegation.

On the other hand, according to the Spanish FA, Pierre-Emerick Aubameyang is stranded at Chelsea for the rest of the season since he is unable to reregister as a Barcelona player this year.

He began the season with the Catalan giants, but the club de-registered him when he joined Chelsea, and according to Spanish FA regulations, a player cannot be re-registered within the same season.

As a result, it appears as if he will remain at Chelsea. The attacker will now have to fight to earn a spot in the team after Graham Potter’s coaching style caused him to lose it.