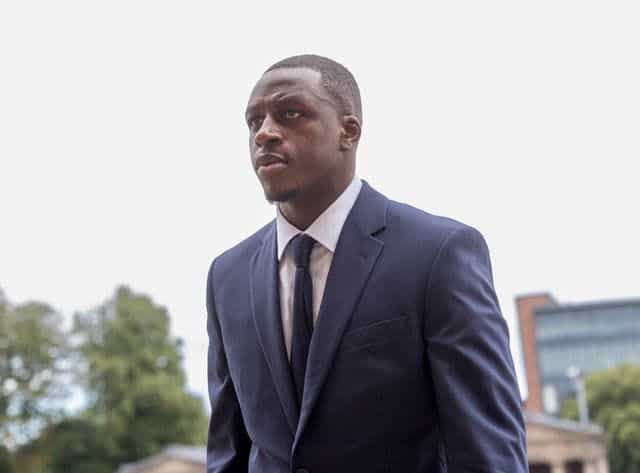 A teenager told the court that she woke up to see Louis Saha Matturie, a friend and fixer of embattled Manchester City footballer Benjamin Mendy raping her.

The young woman aged 17, whose name was not disclosed by the court, tearfully gave details about her alleged dehumanizing encounter with Louis Saha.

She said that she had gone to Louis Saha’s flat near Manchester City Centre with a friend in the early hours of April 8, 2021, when the unfortunate incident allegedly happened.

Matturie, who is 41 years old, and one other friend were present at the scene, including the 17-year old girl and her friend, making four people available in the flat.

The four of them spent some time playing cards, according to the evidence presented to the Chester Crown Court.

After playing the cards, the 17-year-old told the owner of the flat, Matturie, who is her friend, that she was feeling sleepy, and the 41-year-old man suggested she go to bed in another room in the flat to rest.

She continued by saying that after getting some rest, she woke up to be spooned by someone from behind. At first, she thought it was the owner of the Flat Matturie, but later discovered it was a man who had put on a hood to avoid exposing his identity.

After the occurrence of the incident, she later discovered that it was Matturie who attacked her. In a video interview, she claimed she cried and felt terrible about the incident because she didn’t anticipate such an event.

Louis Saha Matturice was implicated in the case further after the friend of the 17-year-old confessed that he saw him raping her friend. Even though the teenager was accused of lying against Saha in support of her friend, the fact that she insisted that she saw the accused carrying out the act has added more weight to the case.

What is the case against Benjamin Mendy?

Then, Mendy’s friend Matturie was accused of looking for young ladies for the former Manchester City defender in order to have sex with them.

A 19-year-old girl said she went to the footballer’s house in Cheshire after a night out in Manchester in July 2021. The young girl said she was drinking champagne with Mendy, his friends, and other young women at China White night club.

She claimed she went inside the mansion to sleep, and when she woke up, she met Mendy on top of her.

In addition, she was on her period when the French footballer had sex with her unknowingly. The young woman also went ahead to say she was 6/10 drunk.

The 19-year-old girlfriend also claimed she was raped by Mendy, but she has not spoken to him about it.

However, the trial continues for Benjamin Mendy and his friend and might lead them to at least five years in prison if found guilty of any of the charges.