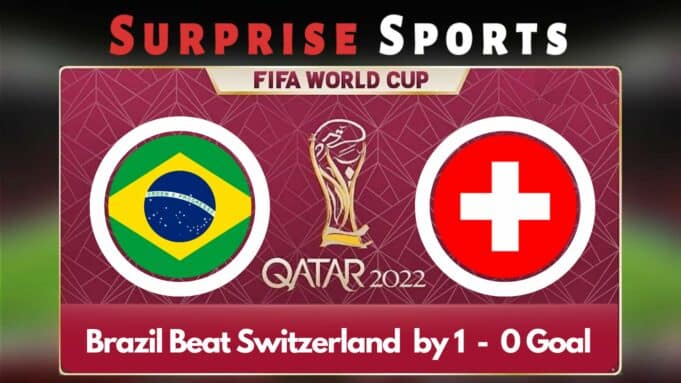 The Match is played in Stadium 974 (Mon, Nov 28, 2022). It’s all done, and Brazil has secured their spot in the round of 16 by squeaking out a victory in a match in which they were performing nowhere near their best. They win all three points thanks to a thundering goal scored by Casemiro with seven minutes remaining in regulation.

If Cameroon wins their match against Brazil, then only a draw will be good enough for Switzerland to advance, while Brazil has already secured its spot in the next round.

Although Vinicius timed his run well, the goal was disallowed because Richarlison, who      didn’t touch the ball but was obviously participating in the action, returned from an          offside position.