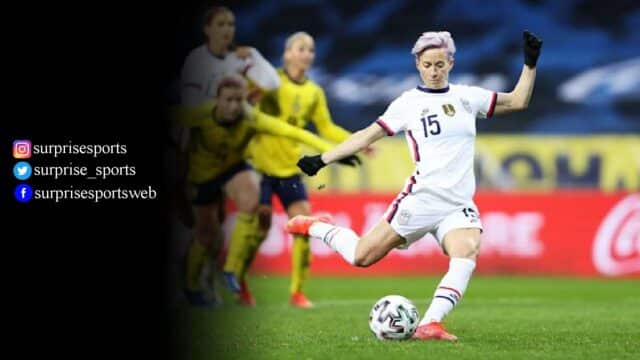 Can Soccer Games End in a Tie? A soccer game can end in a tie if it is:

a) part of a championship-type competition (i.e.: leagues and group stages)

Can a Soccer Game End in a Tie?

A soccer game can end in a tie (a better term is “draw”) depending on the rules and format of the competition it is part of or the previously agreed-upon possible outcomes in case of a friendly/exhibition match.

Soccer matches cannot end in a tie if the competition they are part of requires a winner and a loser to be decided at the end of the game or two matches if it’s a two-legged knockout.

Sounds confusing? The following sections will clear out all doubts.

When Can a Soccer Game End in a Tie?

A soccer game can end in a tie when:

Leagues, championships, and group stages are pretty much the same thing. They are competitions where each team plays against all the participating teams at least once.

In the case of a league or a championship — practically synonyms — each team usually plays against all other teams twice: at home and away, on their opponents’ playing ground.

The English Premier League (as well as all of the best soccer leagues) is a good example. Twenty clubs face each other once at home and once away in 38 games total by the end of a season.

A tournament’s group stage is like a mini-league/championship that usually precedes a knockout stage.

Each team plays against all other teams in a group stage once or twice — depending on the tournament rules or type.

The UEFA Champions League is an excellent example of a tournament featuring a group stage.

There are eight groups with four teams each. Each team faces the other three teams in the same group twice: at home and away.

The group stage ends when all teams total six matches. The two teams with the highest number of points qualify for the knockout stage, where they will face one of the other top two teams from the other groups.

The World Cup is another example of a tournament or competition featuring a group stage.

There are also eight groups with four national teams each. But, unlike in the Champions League, each team only plays once against the other three teams in the same group.

Cups and knockout stages can have one- or two-legged rounds.

In the case of two-legged rounds:

Friendly matches happen when two teams face other in a single game with the intent of practicing in real-life scenarios or warming up during the preseason.

Exhibition matches are single games between two teams for entertainment, charitable fundraising, or both.

Before kick-off, the game organizers/teams agree upon possible outcomes and what to do to decide a winner if there’s a draw.

For friendly matches that reach the end of game time with the scores tied, the decision is usually to end them with no winner.

For exhibition matches with both teams tied at the end of the 90 minutes, the game usually goes into extra time, or they do a penalty shootout to decide the winner. But more and more, if it’s for charity purposes, an exhibition match can also end in a draw.

When Can Soccer Games Not End in a Tie?

A soccer match cannot end in a draw when:

A cup in soccer is a competition where each team plays against the same opponent in one or two matches. This match or couple of games is called a round.

If a round consists of a single match, it is called a one-legged round. Whoever plays at home will be drawn.

There can be no ties at the end of regulation time in one-legged rounds.

If a round has two matches, it is called a two-legged round. Teams will play one leg at home and another away.

Scores can always end tied at the end of the first match of a two-legged round.

Scores can only end tied at the end of the second match if the aggregate score is unleveled.

The winner advances to the next stage, which involves playing against another team who also won their previous round. And so on until the final, the cup winner decision takes place.

Losing teams are out from the cup until the following season.

A knockout stage is like a cup that follows a tournament’s group stage.

Group stage qualifying teams advance to the knockout stage, where they will play one or two-legged rounds to see which two teams reach the tournament’s final.

The aggregate score is the sum of each team’s goals in the two games of a two-legged cup or knockout stage round.

The team with the highest score overall is declared the winner.

In some cup/knockout stage competitions *, away goals — those scored by the visiting team — weigh more than home goals. (A measure to incentivize sides to play offensive football at their opponent’s home instead of just defending.)

The away goals rule also allows a team with two ties to win the round, as explained in the following example.

*In 2021, UEFA removed the away goals rule from all UEFA club competitions (like the Champions League, Europa League, and Conference League).

Aggregate Scores with Away Goals Examples in Soccer

Although the aggregate score is 3 – 3, Team B wins the round because it scored two away goals, whereas Team A only scored 1.

With the aggregate scoreline at 5 – 5, Team A progresses to the next phase (round) thanks to their sole away goal.

Team A emerges victorious by 4 – 3 in their home game against Team B in the first leg.
Team B beats visiting Team A by 3 – 2 in the second leg.

Despite the score on aggregate being 6 – 6, Team B advances to the next stage because they scored more away goals than their opponents.

What Happens in Soccer When There’s a Tie?

As previously explained, soccer games can and cannot end in a tie, depending on the type of competition. But… you might be asking:

Each team gets one point when soccer games that are part of a league, championship, or group stage end in a draw.

When friendly/exhibition matches whose rules allow draws show a tied scoreline after regulation time, the game ends, and everybody goes home.

Friendly/exhibition matches with no ties allowed make use of this method to find a winner, too.

Extra time is one of the ways to break a tie in soccer.

With scores tied when they are not allowed, matches go into extra time (two halves of 15 minutes) to see which team can score more goals and take the victory.

Under the former, the match would end the instant a goal was scored, awarding the scoring team with the victory.

Under the latter, with the score unleveled by the end of the first half of extra time, the game would end with the leading team becoming the winner.

A penalty shootout is another form of breaking a tie in soccer when a winner needs to be declared.

If there is still a tie on the scoreboard after extra time (or if the rules don’t allow its use), there will be a penalty shootout to decide the winner.

Teams take five shots each, one at a time, by different players. The game finishes when one team has an insuperable advantage; that team becomes the victor.

If this round of five kicks from the penalty mark keeps teams tied, the penalty shootout goes into the sudden-death phase.