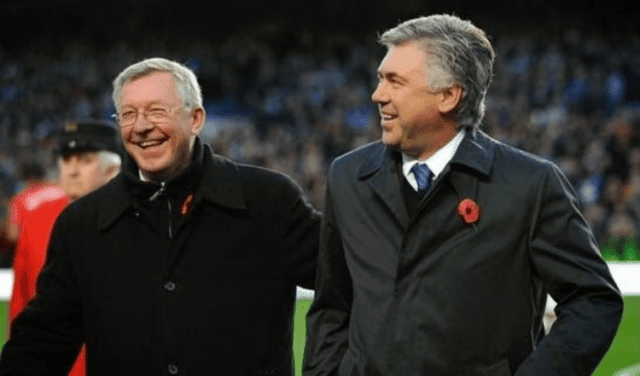 Carlo Ancelotti reaches a European milestone as he becomes the second manager after Sir Alex Ferguson to reach 100 Champions League wins with Real Madrid’s 2-0 win over RB Leipzig at the Santiago Bernabeu on Wednesday, September 14, 2022.

Real Madrid, AC Milan, Chelsea, Juventus, Bayern Munich, Napoli, Paris Saint-Germain, and Parma are just a few of the eight clubs to profit from his experience on the biggest stage in Europe.

Naturally, Ancelotti also has the advantage when it comes to Champions League trophies; he has won the illustrious prize four distinct times, which is twice as many as the former Manchester United manager.

It would take a bold guy to wager against him making it five this season if everyone at Real Madrid stays healthy.

Ancelotti, who is regarded as one of the best managers of all time, is the most successful manager in the history of the UEFA Champions League after winning the trophy a record four times as coach (twice with AC Milan and twice with Real Madrid).

Additionally, he is the first and only person to have led teams to five Champions League finals. He was one of seven individuals to have won the European Cup or Champions League as both a player and a manager after winning it twice with AC Milan as a player.

Ancelotti, who went by the nickname Don Carlo, started his career as a midfielder with the Italian team Parma, assisting them in their 1979 promotion to Serie B.

He then moved to Roma the following year, where he won four Coppa Italia titles and the Serie A championship. He also played for the Milan squad in the late 1980s, where he won two league championships, two European Cups, and other honors.

He featured in two FIFA World Cups, helping Italy finish third in the 1990 competition, and the UEFA Euro 1988, when he helped his country reach the semifinals while representing Italy on a total of 26 occasions and scoring once.

His 82 points from 34 games the next season, an Italian record, helped him win the Scudetto, and three years later, he helped Milan win his second Champions League.

Ancelotti won the title of Serie A Coach of the Year twice while he was at Milan. The longest-serving manager of Milan in a single tenure, he announced his departure from Milan after the 2008–09 campaign.

He was hired as Chelsea’s manager in 2009, and in his first campaign, the team won the Premier League and FA Cup at home. He took over as manager of the French club Paris Saint-Germain in 2011, and the team won its first Ligue 1 championship in 19 years under his leadership. He was named co-Ligue 1 Manager of the Year.

Ancelotti was chosen to lead Real Madrid as a result of his performance in France. He guided Real Madrid to their long-sought tenth Champions League trophy, La Décima, in his debut season. He also helped Real Madrid win the Copa del Rey.

Ancelotti was fired from Real Madrid in May 2015 despite earning additional accolades with the team and winning the Miguel Muoz Trophy in 2014–15 for the best performing manager in La Liga. He took over as manager of Bayern Munich in 2016, where he won the Bundesliga title in his first season.

After managing Napoli and Everton between 2018 and 2021, he returned to Real Madrid in the summer of 2021, when he went on to win the La Liga and Champions League double.

Ancelotti has demonstrated an outstanding capacity for adaptation wherever he has gone. He primarily utilized a 4-3-3 at PSG, a 4-2-3-1 that evolved into a 4-4-2 at Real, and a 4-4-2 with a diamond midfield while at Milan.