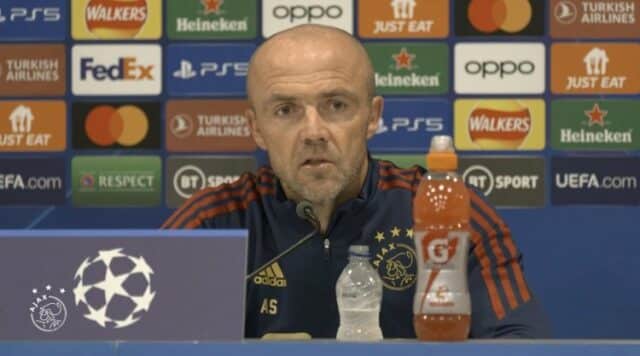 The biggest club tournament in Europe, the Uefa Champions League final, could be played in the United States of America in the future as UEFA seems interested in the shocking move.

However, reports claimed that it would be a bigger challenge for the American promoters to make the Champions League final come to their country.

If they succeed in bringing the Champions League to the USA, American TV and every other media platform will see an increment in their financial income.

Regarding revenue from television broadcasts, UEFA recently agreed to a six-year, $1.5 billion contract with CBS, Viacom, and Paramount for the English-language US Champions League rights.

Uefa President Aleksander Ceferin first considered moving the Champions League final outside of Europe shortly after being elected President of the governing body in 2016.

Six years ago, he stated, “I think that might be an idea in the future, but we have to speak about it. Consider how similar it is to travel to New York from Portugal to Azerbaijan. It poses no issue for the fans.

The United States of America is capable of hosting the tournament with the presence of well-facilitated equipment, large stadiums capable of occupying thousands of fans, and a beautiful environment.

They are also having an impact on the evolution of football, with clubs in America signing world-class players and attracting well-known investors.

In order to demonstrate how successful they have been in soccer, the Americans also create a competition known as the Champeons Cup.

In 2018, the contest first began. It often features the Mexican Liga MX Champions and the MLS Champions.

It had a total of 15,000 spectators and was won by the Mexican team the previous season. The venue was Yankee Stadium in New York.

The FIFA World Cup 2026 will be held in the United States, with Mexico and Canada alternating as the hosts.

Related
Robert Lewandowski Sets His eye on Ballon d'Or, Insists the Path to Ballon d'Or is Shorter in Barcelona than in Bayern

Real Madrid, who won the Champions League last year, could play in the FIFA Club World Cup in America.

Other international competitions, like the Gold Cup of CONCACAF and the Copa América of South America, have recently been held in the United States.

This season’s Champions League final will be played at Istanbul’s Atatürk Olympic Stadium in Turkey on 10 June 2023.

How Expensive will Champions League Final Travel be For Fans?

If their clubs reach the Champions League finals, fans are likely to travel miles to support them since there are no longer any restrictions or barriers preventing transit between countries.

For the supporters who will likely not settle for watching their team play on television, moving from one country to another will be exceedingly expensive. A worry for the supporters may be tickets to the stadium, accommodation in addition to travel costs which can cost a total of €2,000 on the average.