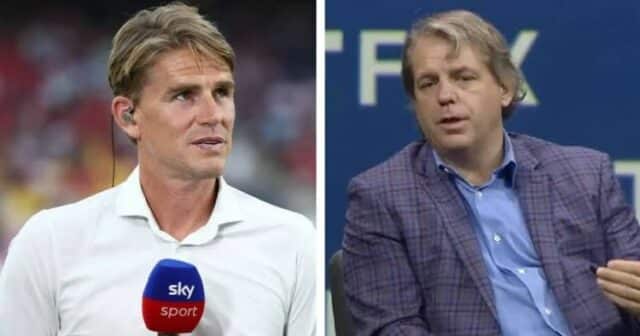 Since Marina Granovskaia left his role as Chelsea sporting director, Todd Boehly oversaw the transfer policies and decisions of the team with the former manager Thomas Tuchel. Boehly oversaw all Chelsea 2022 summer signings, bringing many players to strengthen the squad. Regularly taunted by Premier League pundits as naive and over-ambitious, Todd Boehly spent about £273m on new signings in the 2022 transfer summer. His sack of Thomas Tuchel shocked pundits and fans alike who did not see that coming.

Todd Boehly has been bent on bringing his vision to bear at Chelsea and has maintained he needs a new era for the club. As things stand, it is apparent that he is ready ot handoff from the interim sporting director role at the club. It has been confirmed that Christoph Freund is being slated for the position.

Salzburg had reportedly given Todd Boehly the nod to negotiate with Christoph Freund in the bid to bring him to Chelsea. New Chelsea manager Graham Potter has reportedly endorsed the move as Christoph Freund fits his style and coaching plan. Salzburg will receive compensation from the deal when the deal sails through.

Fabrizio Romano has confirmed that in just a matter of days, Christoph Freund will be unveiled as the new Chelsea Sporting Director as negotiations between Salzburg and Chelsea progress speedily.

Christopher Freund has been known to be one of the top experts in identifying young talents. He has been linked to the emergence of Erling Haaland of Manchester City.

Born on 2 July 2022, Christoph Freund is a renowned former footballer currently serving as the sporting director at Red Bull Salzburg. Born and raised in Austria, Freund is regarded as a top talent scout and mentor in football.

After playing for several clubs in Austria, he reportedly took up a managerial role in football before retiring in 2013 to assume the director of sports role at Red Bull Salzburg. He had signed the likes of Erling Haaland, Sadio Mane, Naby Keita, and Dayot Upamecano

“I’ve had exchanges with Chelsea from time to time. We spoke a lot more a month or two ago because they were interested in signing [Benjamin] Sesko”, he said.

Freund recognized the job done by Todd Boehly in the team and the interest he has developed in the style and method adopted at Salzburg, which is focused on young players.

“The new owners are interested in how we do things with young players, how we integrate them into the first team”, he said. “Chelsea is a huge club in transition. I can’t say exactly what will happen in the next few weeks and months.”

As confirmed by Fabrizio Romano, Freund will be expected to take up the reins at Chelsea in the next few days, working closely with new manager Graham Potter to restructure the team.