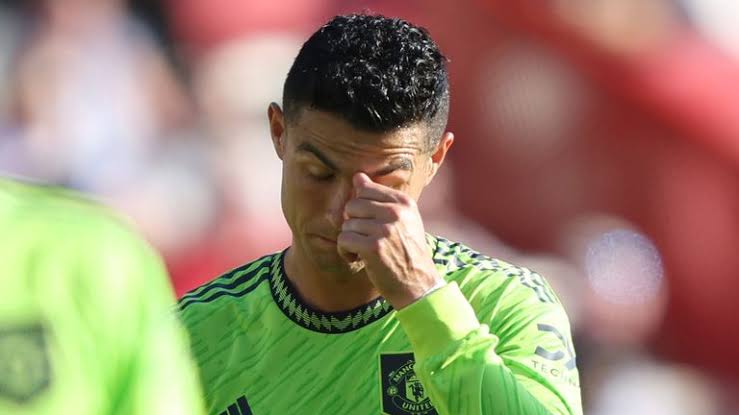 The Portuguese star reportedly cost Manchester United a whooping £1.2million for every goal he scored for the Red Devils.

Before his contract termination, Ronaldo spent over 18 months with the club, earning a total of £32million.

While the Red Devils lose £32million, Ronaldo will lose £16million, which he would have earned in the remaining seven months of his contract.

After both parties agreed to terminate the contract, Manchester United are not bound by any financial agreement with their former forward.

Ronaldo has now forfeited the £16million that was to be paid to him after his contract expired at the end of the summer.

The decision came in the wake of Ronaldo’s explosive interview with Piers Morgan. Ronaldo blast Erik Ten Hag for disrespecting him and the Glazers for poor management of the club during the interview.

Ronaldo joined the Red Devils from Juventus in the summer of 2021 on a two-year contract. He performed relatively better in his first season, scoring 24 goals in all competitions.

Things turned for the worse in his second season after Erik Ten Hag took over as Manchester United manager.

Ronaldo struggled to make it to Erik Ten Hag’s starting lineup, resulting in on-pitch and off-pitch collisions with the former Ajax manager.

Ronaldo vented out his frustrations at Manchester United under Erik Ten Hag in a tell-all interview.

Ronaldo said he does not respect the Dutch tactician since the latter did not respect him. He also launched tirades at the Glazers for mismanaging the club.

Ronaldo’s interview was not taken lightly by Erik Ten Hag and Manchester United, who began a process to terminate his contract.

The process was completed on Tuesday, 22nd November, with the club issuing a statement confirming the contract termination.

Related
Mr Jollof, A Nigerian Comedian Placed A 100k Bet On Saudi Arabia To Win Argentina 2-1 And It Happened

Ronaldo immediately issued a statement agreeing to the immediate termination of the contract on mutual consent.

Having spent over a year at the club, the 37-year-old is set to walk away with a massive £32million from the deal.

From estimations, Manchester United have dolled out just under £1.2million for every goal scored by Ronaldo

The five times Ballon d’Or scored a total of 27 goals in all before contract termination. 24 of the goals came in his first season with the club, while he had only three under Erik Ten Hag.

From Qatar, Ronaldo took to his social media handle to confirm he had consented to the contract termination.

He thanked the club and wished them success while reiterating his endearing love for the fans, but said it is time for him to take on a new challenge.

”Following conversations with Manchester United, we have mutually agreed to end our contract early.

‘I love Manchester United, and I love the fans, that will never ever change. However, it feels like the right time for me to seek a new challenge.

‘I wish the team every success for the remainder of the season and for the future.’

The former Premier League star is now officially a free agent and will be looking for a club after the World Cup break.

Meanwhile, reports linked him to Bayern Munich, with his agent Jorge Mendes said to have been in talks with the Bavarians representative to broker a deal for Ronaldo.