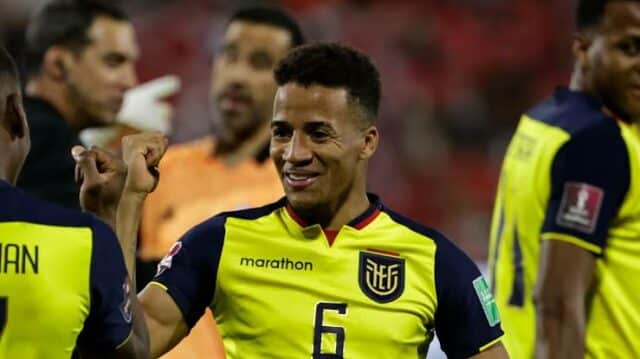 Ecuador is expected to keep its spot at this year’s World Cup in Qatar since the world football governing body, Fifa has rejected the allegation of ineligibility against the country’s Byron Castillo.

The right-back was judged qualified by Fifa in June, but the football associations of Chile and Peru filed appeals.

According to the Fifa appeals committee, Castillo is now eligible to play for Ecuador.

“This is a dark day for football and for the credibility of the system,” remarked Jorge Yunge, the Chilean Football Federation’s general secretary (FFC).

Castillo represented Ecuador in eight World Cup qualifying matches, but the FFC asserted that the 23-year-old registered as an Ecuadorian using a fraudulent birth certificate.

Castillo appeared to concede that his documents are bogus and that he was actually born in Colombia in 1995 rather than the Ecuadorian city of General Villamil Playas in 1998 in an interview that was published last week by the Daily Mail.

“The footballing world heard a player who helped Ecuador qualify for the Fifa World Cup admit he was born in Colombia and that he gained an Ecuadorian passport using false information,” Mr Yunge added.